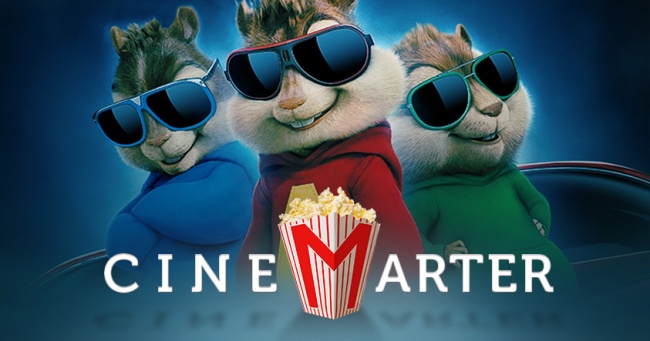 While all three previous Alvin and the Chipmunks movies (of the live-action variety, that is) have been pretty terrible, I've never found myself outright hating them. For me, that's an odd thing, since almost everything about them - the voices of the main characters, the cheesy dialogue, the awful humor, some of the worst integration of CGI characters in a live-action world ever, poor acting, and unimaginative plotting - seems like a perfect cocktail designed to send me into a fit of rage. But, at least three films in, I felt almost completely apathetic toward the live-action Alvin and the Chipmunks movies.

However, now we're are the fourth, The Road Chip, the first installment in a few years, and I think I've finally reached the breaking point - or I'm getting significantly closer to it. The Road Chip is just as bad as any previous installment, and is bad in pretty much the same ways I mentioned above. It's annoying, not funny, has an awful plot, and the CGI still doesn't work with the live-action stuff. But now, instead of there being three bad movies, we now have four. That's another 90 minutes of awful filling cinema screens, the eyes of parents and children alike, and eventually the shelves of various retailers. A foot eventually needs to be put down. 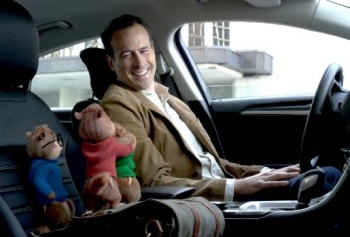 The plot, which feels lifted from any children's television show in which there's a single parent involved, sees Alvin (voice of Justin Long), Simon (voice of Matthew Gray Gubler), and Theodore (Jesse McCartney) go on a road trip to Miami in order to stop their adoptive "father," Dave (Jason Lee) from proposing to his girlfriend, Samantha (Kimberly Williams-Paisley), because they hate her son, Miles (Josh Green). For Miles, the feeling is mutual, so they team up with him to put a halt to any potential that a union between the two families will take place.

You'll be shocked - shocked! - to discover that, as the journey takes place and hijinks take place, Miles and the chipmunks find themselves genuinely bonding - to the point that maybe, just maybe, they shouldn't stop any potential engagement. Oh, and they're being chased by Agent Suggs (Tony Hale), an air marshal who hates the chipmunks because of some tangential relationship to a breakup he went through. He's there to overact, be silly, and provide the film with some semblance of a villain, even though he can't be taken seriously.

The Road Chip feels as if it belongs as a 30-minute television episode, not a 90-minute movie. It has more potential endings than the extended cut of Return of the King because it keeps finding reasons to try to justify its running time. Add in the out-of-place cover versions of songs, the repetitive "Dave gets mad at them but not really because he has no spine" scenes, and you can probably figure out that the film feels far longer than it is.