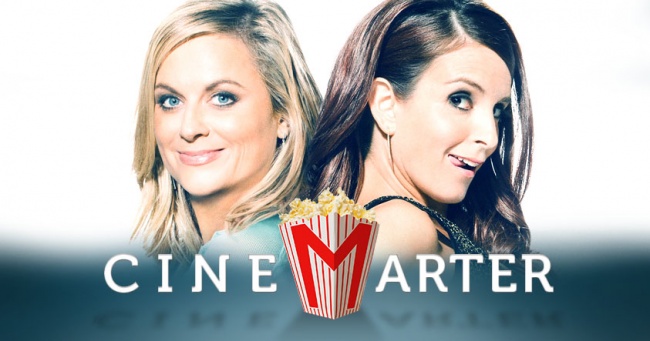 If you've watched any of the comedic bits between Tina Fey and Amy Poehler in the past - Saturday Night Live skits, awards show hosting gigs, or Baby Mama - you've probably got a pretty good idea of what they're going to deliver with Sisters, a comedy in which they play - and you're not going to believe this - sisters. Poheler is the responsible one, Fey is the one who still acts like she's a teenager, and the film has them throw a party, switch roles for one night, and very little more.

You see, their parents (James Brolin and Dianne Wiest, who also play a married couple in the TV show Life in Pieces) are selling their childhood home. The two women decide to throw one last party before the sale becomes final in order to get Maura (Poehler), to loosen up. Maura's allowed to go crazy, while Kate (Fey) will stay sober and act like a parent. Somewhere along the way it becomes like a Project X-lite, although with people in their 40s instead of teens. And, of course, there's an actual plot, jokes, semi-interesting characters, and a point, unlike Project X. 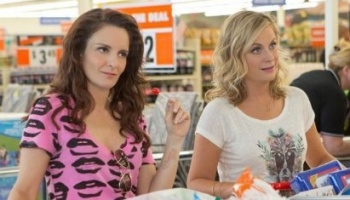 However, there still isn't a whole lot to Sisters, and it does eventually degenerate into people messing around, ruining the house, and just generally causing trouble. Maura and Kate seem separate from most of the action, as they go through their own subplots, and there's also a bit of meditation on what it means to get older, but mostly it's just a bunch of jokes and partying. Most of what works comes directly from Fey and Poehler, who are fantastic, although there are a few scenes where other characters steal the show.

For instance, John Cena plays a drug dealer in Sisters, and his every moment is hilarious. Cena was pretty good in Trainwreck earlier this year, too - at least, when he stuck to comedy - and it might be time for Hollywood to use him more frequently as a comedic actor. Bobby Moynihan gets a few great moments, especially after ingesting enough cocaine to wound - but not kill - Charlie Sheen.