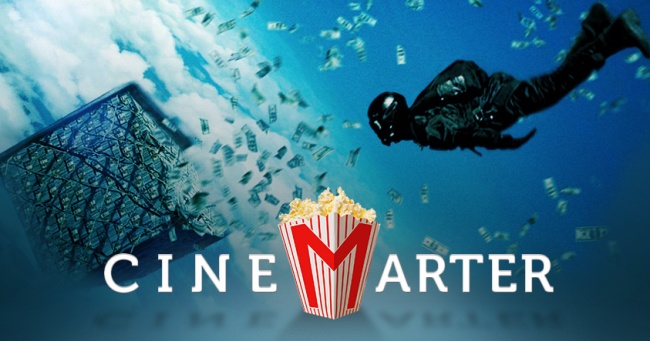 I don't know if any of you have seen the original Point Break lately, but I did before seeing the new one in order to get a better idea as to why someone would remake it. It wasn't that good, but it had a little bit of an undeniable charm that helped me understand why it has achieved its cult classic status in the years since its release. As to why anyone would remake it? "Money" is the only reason, since the original still "holds up" as well as an early-'90s action movie can do, and the first Fast and the Furious movie was basically a remake of it anyway - just with cars taking the place of surfers.

The remake replaces surfers with generic extreme athletes. Our lead is a retired extreme athlete named Johnny Utah (Luke Bracey), who quit the extreme athlete life after his friend died and, seven years later, became an FBI agent. Well, a provisional one. Coincidentally, there are a bunch of extreme athletes pulling off crimes, and Utah is the only one who (1) can figure this out and (2) can infiltrate the scene and figure out who's behind the crimes. He's able to do this despite being retired for seven years. Because who needs to train to be an extreme athlete? Well, the movie instructs us that there are 8 "impossible" extreme challenges, and they're so difficult that someone can train an entire (sporting?) lifetime just to do one. Guess how many Mr. Utah does by the end of the film? (Hint: It's more than one.) 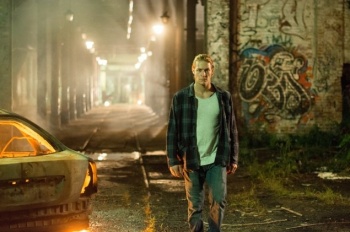 So, Utah starts doing extreme sporting things, finds himself befriending a gang led by Bodhi (Edgar Ramirez), and soon has to pick between his FBI life or that of the extreme athlete who wants to achieve nirvana and also wants to give back to the Earth by stealing from the wealthy, or maybe taking down a corrupt system, or something else because what is screenwriting? The "bad guys'" whole point is muddled in some philosophy that would struggle to enlighten a cat - and not even a smart cat; one of the stupid ones that thinks lasagna isn't delicious.

Oh, and the whole "making a choice" thing? You know, the crux of the narrative in both the original and The Fast and the Furious? It doesn't actually come into play here. Utah never once wavers from the "right" path, and the one line of dialogue that ensures to ask him to pick a side happens ... after he's already picked a side. That's right: the Point Break remake is too incompetent to even steal material directly from the movie it's copying. How much do you have to suck at making a remake to completely miss the purpose of the original, while failing to replace it with anything even close to meaningful or, at least, interesting?