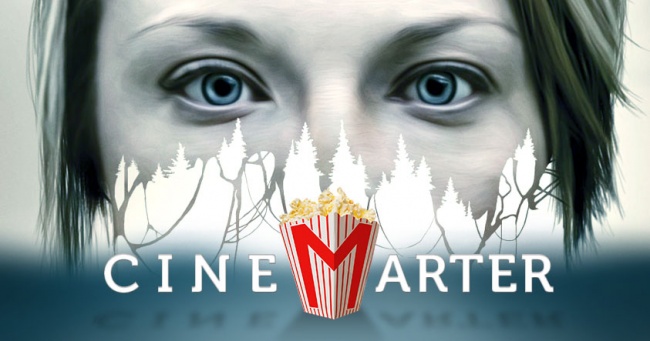 For avid moviegoers, the start of a new year means enduring a couple of months of films that, historically speaking, are not good. The first wide-release of the year, at least for the last little while, is a PG-13 horror movie that's not good and that the studio has no faith in, but is released here both to signal the beginning of the cinematic slump as well as to try to turn a profit while there's no competition. This year, we've got The Forest from Universal.

The story is as simple as they come. Sara (Natalie Dormer) has a twin sister, Jess, who is missing. Jess was last seen entering the Aokigahara Forest in Japan, which also goes by another name: "The Suicide Forest." People go there to kill themselves. But thanks to some magical twin power, Sara knows that her sister is still alive, so she sets out on a quest to track her down. Guided by Aiden (Taylor Kinney), a writer, and Michi (Yukiyoshi Ozawa), she enters the forest. She spends the rest of the movie wandering around, often times without either of these people, trying to locate her sister. Oh, and sometimes ghosts go "boo!" to give us the requisite number of jump startles. 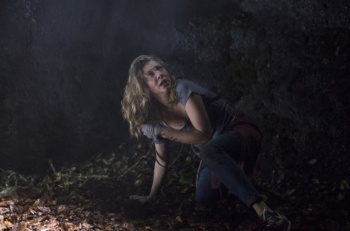 The idea here is that the forest itself will cause you to hallucinate, and people who go in there with sadness in their hearts will be lured into killing themselves. So the forest is greedy? It's not enough that lots of people instinctively go there to end their lives; it has to trick even more into doing it? Okay, fine. So, we get hallucinations and paranoia from our lead, which means she trusts nobody, doesn't know if what she's seeing is real or fabricated, and gets to scream a whole lot.

For a film that wants to delve deep into the psyche of Sara, The Forest does a pretty crummy job attempting to do so. In order for its horror to work, we need to understand how our protagonist is thinking and what, deep down, drives her. The Forest is too focused on having things jump out and startle us. It does it randomly just a few minutes in - before we're even close to the forest - and doesn't let up until the credits start to roll. Yes, there's even the final right-before-we-end jump startle, the likes of which are found in every Blumhouse horror project. A machine could've made The Forest; it feels that mechanical.