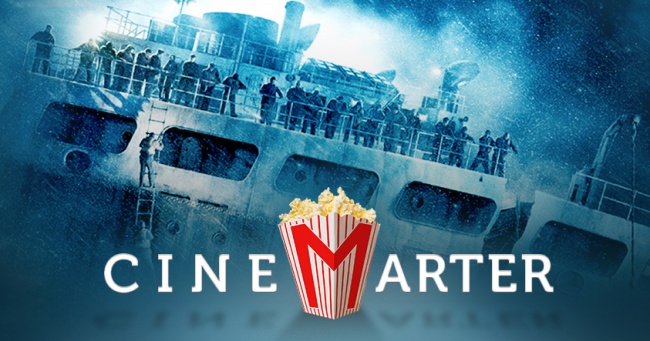 Theoretically a smash hit but practically only a moderate success, The Finest Hours is a film that probably should have been better than it wound up being. With a pretty solid cast, a true-to-life story that's worth telling, and Disney's money backing the project, there's no reason that The Finest Hours shouldn't be competing in the summer months as a classier version of something like, say, San Andreas. But when you hire the director of Million Dollar Arm, Craig Gillespie, to do it, and you let Chris Pine be your leading actor, you're going to run into some problems.

The film is a "based on a true story" depiction of an event in 1952 when an oil tanker got split in half and the only form of rescue its crew could hope for came from Bernard Webber (Pine) and three other individuals on a boat that was built for 12 people. Oh, and there's a gigantic storm, one which made Bernard's attempt to rescue these individuals seem more like a suicide mission than an accomplishable quest. You should be able to see, already, how this could turn into a pretty solid film. 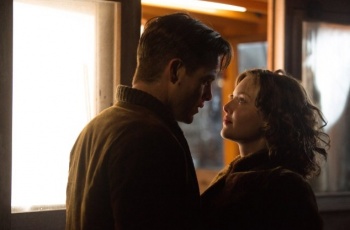 We follow three groups as the film unwinds. The first is Bernard and his crew as they brave the storm and just to try to get to the ship, let alone rescue everyone aboard. The next group consists of the individuals on the stranded ship as they try not to sink. Casey Affleck's Ray Sybert becomes the de facto leader, as he's the only one willing to come up with any semblance of a plan. Finally, we follow Bernard's wife-to-be, Miriam (Holliday Grainger), as she unsuccessfully tries to get the commanding officer (Eric Bana) to call Bernard back.

Mostly, though, we follow those at sea. Bernard's storyline sees him monotonously brave wave after wave as he acts like a blind squirrel trying to find a nut. Sybert's story is just as repetitive as he and the crew try to figure out various ways to keep their ship afloat just as long as humanly possible. Therein lies the film's first problem: it does the same thing over and over again, eventually boring the audience into submission.