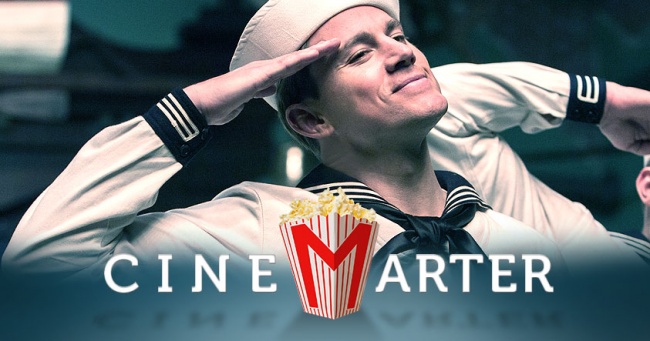 This year's January was simply atrocious, with only a couple of passable films giving us reason to keep faith in the cinema. The first good movie of 2016 is finally here. The Coen brothers' Hail, Caesar! is an odd film - not unexpected given the filmmakers' history - and it's one that I can see a lot of people not liking. It'll be divisive, even in the film community. It's also likely to be one that'll be more greatly appreciated over time and after multiple viewings, and if you go in having some sort of base knowledge of film history.

Set in the 1950s, when movies were called "pictures" without any hint of irony or condescension, Hail, Caesar! follows the day-to-day life of Eddie Mannix (Josh Brolin), a "fixer" working for Capitol Pictures, one of the major Hollywood studios. His job is to make sure everything goes smoothly on-set and to keep as much as he can away from the press. The trailers for the film tell you that the studio's biggest movie star, Baird Whitlock (George Clooney), has been kidnapped, and that it's up to Mannix to track him down. You might, understandably, believe that this is the entire plot of the film. You would be wrong. 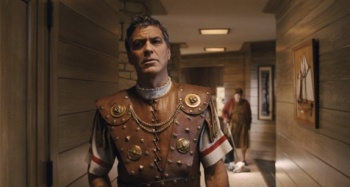 Instead, that is simply one facet of it. It's probably the "main" storyline, if only because it gets the most screen time, but there are many scenes in which it doesn't have any impact. There are a couple of other big plot threads, too. Laurence Laurentz (Ralph Fiennes) needs a new actor for a British period piece, so a Western star (Alden Ehrenreich) is brought in, despite his inability to say words with more syllables than two. Meanwhile, DeeAnna Moran (Scarlett Johansson) is pregnant, but not married, so the studio needs to find her a husband - lest there be a scandal. Oh, and Mannix is fielding an offer that would let him see more of his wife (Alison Pill) and kids, and would cause him far less stress. But would it be right?

The film has a lot going on even if it doesn't necessarily have much of a straightforward plot. Many scenes feel designed just so that the Coens can give us immaculate versions of classical genres - the Western, the musical, the biblical epic, etc. - as if to say "this is how we would've done them. It works here as a love letter to the Hollywood of the 1950s. And then we turn around to the kidnapping story, which it is quickly revealed to be the nefarious scheme of communist screenwriters mad at the system for stealing their money - and you feel that love letter get crumpled up and stomped on. The film both loves and acknowledges this issues that this period of time had for the movies. It also features religion quite prominently, but never in a preachy way that will alienate anyone in the audience - in fact, there's an entire scene based on just that premise, and it's hilarious.