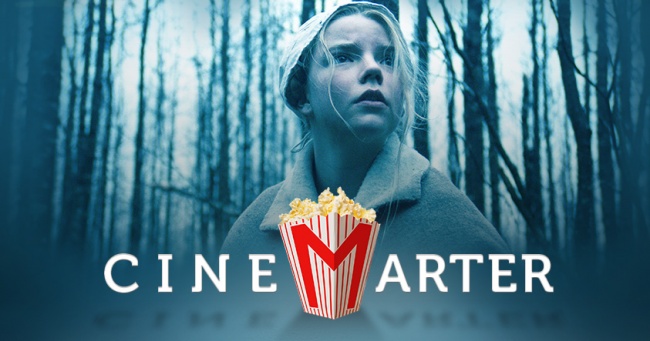 Like a breath of fresh air in a genre populated primarily by jump startles and gore, here comes The VVitch, an arthouse horror movie that gets by on intelligence, atmosphere, and period authenticity. It's a refreshing movie to watch, as it's the type of wide-release horror movie we only get about once a year. Last year, it was It Follows. This year, we've got The VVitch.

Set almost exclusively on a New England farm in the 17th century, The VVitch follows a family just trying to make do with what life has thrown its way. After being kicked out of a plantation, the only way to survive was to find a spot of land and try to grow some crops. It hasn't worked out perfectly - the crops have faltered - but they're getting by. That is, until the youngest child, a baby named Samuel, disappears right underneath the nose of the oldest, Thomasin (Anya Taylor-Joy). This sets off a string of increasingly upsetting occurrences. The audience knows that a witch has taken Samuel; the film does not try to hide this from us, and it even shows her taking him and then using his blood as a shower. We're in the know. The family, meanwhile, suspects it was a wolf. But maybe, deep down, they know the truth. 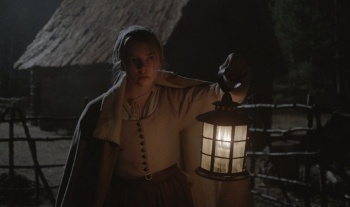 Based on the first few minutes of The VVitch, one might guess that the film will follow around the family as the witch of the forest pulls pranks like a poltergeist while slowly picking off the members of the family one by one. And, well, that does happen - to an extent. People do die, and the witch is often to blame, but this is a slow burn that is much more about familial conflict and paranoia than it is about a bloodthirsty witch.

For that reason, horror hounds may find themselves disappointed by what The VVitch has to offer. Until the final 30 minutes, there aren't even any attempts at scaring the audience. It's all build-up, setting the atmosphere, showing us shots that should lead to a jump startle, but then don't, and letting us understand what this family is like. Then the final 30 minutes happen, all that building finally pays off, and it's glorious.

Atmosphere oozes out of The VVitch, and it's for that reason that much of the horror even works. The long takes of the ever-ominous forest, the wonderfully unnerving score, and an overbearing sense of foreboding fill the film. Its attention to period detail is astonishing. You feel transported back in time. From the way that this farm has been created, to the fantastic costume work, all the way down to the dialogue - filled with more "thees" or "thous" than one should dare to count - you feel immersed by The VVitch, as it feels so real and authentic, and you become more chilled to the bone with every scene as a result.