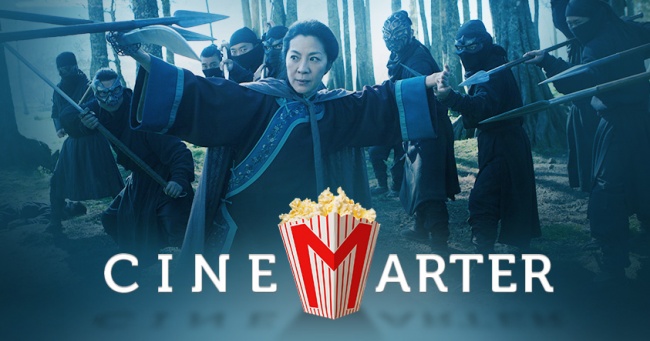 Of all the movies that were bound to get a far-too-late sequel, one that seemed incredibly unlikely was Crouching Tiger, Hidden Dragon. The 2000 Ang Lee-directed film did incredibly well at the box offices in both China and North America and was critically acclaimed. If you haven't watched it yet, you really do owe it to yourself to do so. And even though it was based on the fourth book in a five-book series, it felt self-contained. In 2013, though, talks began surfacing that the fifth book, Iron Knight, Silver Vase, was going to be made into a movie. Three years later, you can watch Crouching Tiger, Hidden Dragon: Sword of Destiny on Netflix and on a few IMAX screens. Most chain theaters have decided not to show it, boycotting the Netflix's simultaneous release schedule.

The sequel brings back Michelle Yeoh as Yu Shu Lien, a woman who now lives in relative solitude after the death of her beloved Li Mu Bai from the original. She protects "Green Destiny," a legendary sword that acts as the film's MacGuffin. A man named Hades Dai (Jason Scott Lee) wants the sword. He initially sends just a single thief, Wei-Fang (Harry Shum, Jr.), but he fails to acquire it after being thwarted by another thief, Snow Vase (Natasha Liu Bordizzo). Wei-Fang gets captured, while Snow Vase becomes Shu Lien's apprentice. A man named Silent Wolf (Donnie Yen), shows up to help protect the sword from the inevitable future waves of attack, and that's basically all there is to the main plot. 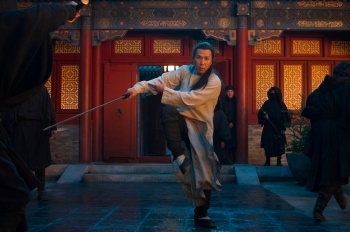 I mention the "main" plot here because there are various subplots, a couple of which are romances. Shu Lien and Silent Wolf used to be an item, we learn, so the film makes us wonder whether or not they'll recapture that lost love. Meanwhile, Snow Vase and Wei-Fang look googly-eyed and make smug, taunting remarks at one another. They, too, are in love. "Green Destiny" gets passed through so many hands that it'd be impossible to dust for fingerprints, hidden agendas and pasts are revealed, and lots and lots of one-on-one martial arts battles and sword fights take place, because in the years since the original - 18 years in the timeline of the film, 16 in real life - nobody has learned how to mob her.

Crouching Tiger, Hidden Dragon: Sword of Destiny mimics the original in several ways. The plot is similar, many of the character interactions are reminiscent, and even a couple of the fight sequences will make you think of the first film. If this wasn't billed as a sequel, it'd be called a rip-off. Drawing easy-to-see parallels between itself and the original do it no favors. As you watch it, you think about how great the original was, and perhaps find yourself wanting to re-watch it than continue with this one.