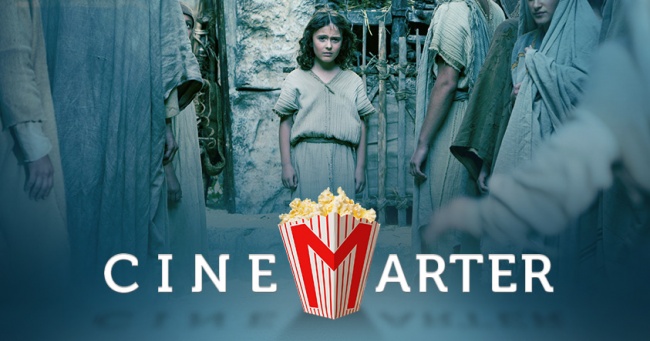 You know what? That's not a bad idea for a movie. After all, there isn't very much written about Jesus' childhood in the Bible, so we've theoretically got a lot of territory to explore here. What the novel and the filmmakers came up with, however, is akin to little more than a bland superhero origin story. There's a young boy, he begins to have the ability to use supernatural powers, and he must keep his identity hidden in order to protect his loved ones from persecution. Gee, doesn't that sound familiar? But because we're talking about Jesus, you're not going to get any complex character or even any interesting motivations out of it. 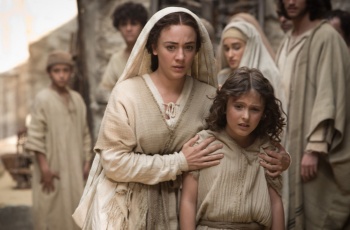 The film picks up with Jesus (Adam Greaves-Neal) as a child of about seven or eight years old. He and his family have spent the last few years in Egypt, but decide to go back to their home in Nazareth after Joseph (Vincent Walsh), Jesus' foster father, has a dream that this is what they should do. Along the way, Jesus performs a couple of miracles that make the Romans mad, so the king sends a squad led by a Severus (Sean Bean) to find Jesus and kill him. Meanwhile, Joseph and Mary (Sara Lazzaro) refuse to tell Jesus who he is, because he's just a child and being burdened with the knowledge that he's the son of God may or may not be too much for a child to bear, even if that child is literally the son of God.

That's basically all that happens in the entire 110-minute running time that makes up The Young Messiah. There's almost no tension or conflict, very little in terms of events that happen, and the character growth amounts to simply gaining a bit of knowledge. It's a couple of big travel scenes interspersed with the Romans doing a less interesting reenactment of Risen (but with lower production values; this is a cheap-looking film) - and sometimes Jesus heals sick people. The conclusion we're meant to draw, I can only assume, is that Jesus' childhood is largely absent from the Bible because it was boring as sin.