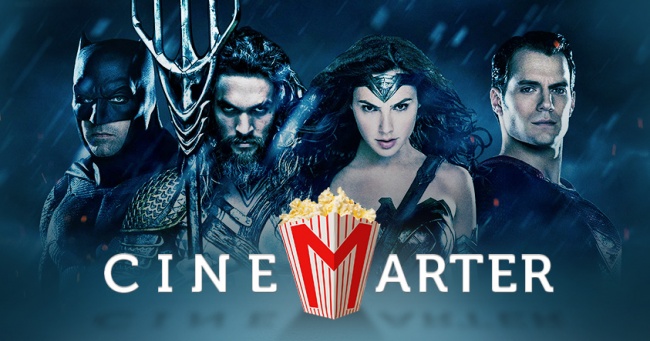 Batman v Superman: Dawn of Justice is the Mega Shark versus Giant Octopus of superhero movies. The title is intriguing - two icons in one film, and fighting each other! - but the result is far less enjoyable. Instead of a battle for the ages, we get a film in which 75% of the time is spent building up to a fight that, by the time it finally comes, it's not even something we want anymore. The difference between the two comes from perspective; Batman v Superman is seen through the lens of its titular characters, while the Asylum film shows us the views of those from the outside. I think Mega Shark versus Giant Octopus does a better job of establishing its characters, so score one for the film whose budget didn't exceed the GDP of a small country.

This is a bloated film that's so filled with hopes, dreams, and to-dos that it's been trimmed to the bone and yet it still plays for more than two and a half hours. Things like character development - or even simplicities like establishing shots - have been trimmed in order to try to get all of its events in place so that we can have our big fight, and then so that can be ignored in favor of larger battle against a CGI monstrosity that looks worse than the awful lizard creature from the first Amazing Spider-Man movie - something you know if you saw the initial trailer.

The plot has promise, which might be why the result is so disappointing. The collateral damage caused by the climax of Man of Steel was something with which people in the real world took issue, so Batman v Superman addresses that. Billionaire Bruce Wayne (Ben Affleck), who dresses up like a bat at night and beats up bad guys, experienced first-hand the destruction that came from the climactic battle between Superman (Henry Cavill) and General Zod (Michael Shannon). Superman is stronger than any man, and his presence could be dangerous to all of humanity. So, Wayne decides to take it upon himself to put an end to Superman, setting up the titular fight - even if that's not how it plays out.

That is an absolutely fine story. It could be told properly in two hours. Set up the motivation from both sides and establish actual characters, and give us a strong 15-minute climax, maybe with a couple of minor action scenes scattered throughout. There's your movie. What Batman v Superman does is have its characters do almost nothing of consequence, have Lex Luthor (Jesse Eisenberg) complicate matters and provide filler, give us inconsistent - at times incomprehensible - characters, and rip any semblance of heart and fun from the production. 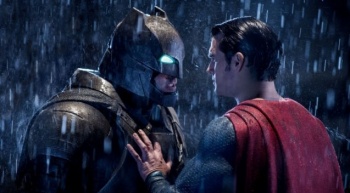 Part of the problem is the attempt to try to catch up to Marvel in just a couple of movies, instead of just trying to tell a good story. The subtitle of Batman v Superman is Dawn of Justice because it's setting up the Justice League movie that's supposed to be coming next year. The elements for that are so poorly established here that it's almost laughable - and the way the plot goes is undercut by us knowing exactly what they're trying to set up.

The characters feel like shallow caricatures - or perhaps a five-year-old's idea of what they should be. Batman has apparently been working for over two decades, and yet there's nothing to him here beyond his parents' death and his desire to kill Superman. Superman, at least, has a love interest - a historically great character in Lois Lane (Amy Adams) who in this film acts as the damsel in distress no fewer than three times. But otherwise, Superman is just this almost indestructible guy. A good chunk of the first 90 minutes are dedicated to humanity trying to figure out if Superman is good for the world, something that even the most self-confident of individuals would struggle with internally, but outside of one scene, we don't see any of that in him.