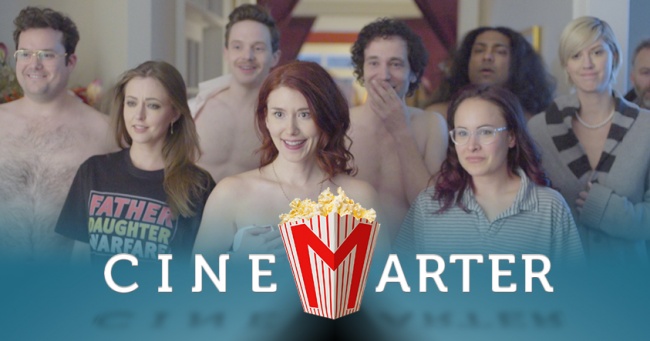 Directed and written by Jeremy LaLonde. Produced by Chris Bennett and Jordan Walker. Release date: May 13, 2016. 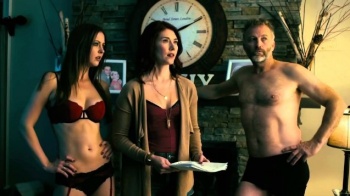 It's important to note that it's a comedy, because this material could be played straight or lewd and still make its points, but it's most successful when played for laughs. It's an awkward indie comedy and, therefore, laughter is the best way one can get through it. The characters are often five seconds away from laughing, too, since it's all so ridiculous. We relate to them strongly because of that joint feeling. Besides, the movie's not really about the sex, anyway - it's more about social anxiety and acceptance. Keeping a light tone makes it easier to watch - and for the characters, to get through.

Where How to Plan an Orgy in a Small Town falters is in some of its plot details, like the rom-com main story involving Cassie and a former crush that, as soon as you see an early scene, you'll know exactly how it ends. Many of the characters, while funny, don't have a lot of depth to them, and a couple of their issues or subplots aren't given much of a climax. As is the case with all comedies, many of the jokes don't land - and some of them only do if you watch it with an audience of equally awkward-feeling participants. The last part is unlikely to happen, though, as this is a film with a limited and VOD release; the chance you see it with a large audience is low. It works well enough otherwise, but it does benefit from the theatrical experience.