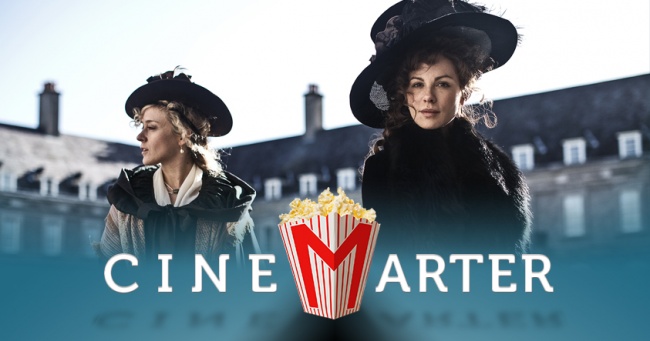 There's something poetic about writer-director Whit Stillman making a movie that's an adaptation of something Jane Austen wrote. Stillman's first film, Metropolitan, had a character who was a fan of Austen's work, and more than a couple of conversations were directly about her novels. The film itself felt like a story Austen might write if she was alive in the present day. Now, a full 26 years later, Stillman's adapting an Austen novella, Lady Susan, with Love & Friendship. The result? Probably his best work yet. Dry, witty, and faced-paced dialogue - one of Stillman's trademarks - just feels better when delivered with a posh English accent.

Love & Friendship is set in the 18th century, and follows a whole host of various characters, all of whom find themselves impacted in one way or another by Lady Susan Vernon (Kate Beckinsale), whose husband just died. That leaves her unattached and lacking in means. She seeks refuge with her sister in-law (Emma Greenwell), whom she detests and who detests her, to figure out what's best for her and her daughter (Morfydd Clark) - with most thoughts and actions devoted to one or both of them finding a new husband, because that would financially be the best decision. 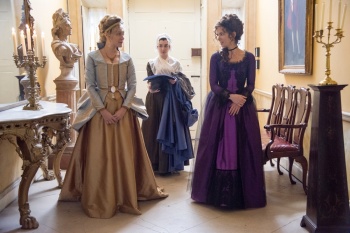 Yes, Love & Friendship is very much removed from any sort of romance that can be found in some other Austen adaptations. Lady Susan is pragmatic and understands the economic and social reality of her situation; there isn't any time or desire for love. She's also by far the most intelligent character in the film, and more than a little bit of an egoist. She does whatever she wants and can always justify it - to herself, the audience, and the other characters - which makes for a fascinating character study.

It would have been easy to make a story that condemns Susan and her actions, painting her in a more traditional villain role. It's harder, but far more rewarding, to watch her completely dominate those around her on an intellectual level, and try to derive meaning from all of her actions or inactions - without much judgment on the part of the movie. She always seems to be more than two steps ahead of everyone else, and that becomes such a joy to watch as the film unfolds. Even missteps are turned into successes. She's far from infallible, and is always skirting the moral line, but boy is she fun to watch.

Fueled by rich, rewarding dialogue that is as dry and witty as they come, a compelling lead character, and a Jane Austen story stripped of romance and steeped instead in pragmatism and egoism, Love & Friendship is a fantastic movie.

Whit Stillman has always been a great writer of dialogue, and the back-and-forths featured in Love & Friendship are some of his most fruitful and literate. Not only are they dry and witty, but they're full of meaning and are very rewarding to those paying attention. It's a British period piece, meaning the dialogue doesn't often sound like modern-day English, but if you've got a decent vocabulary and can keep up, you're going to enjoy what Love & Friendship has to offer. If you don't or can't? You might have a tough time, even with Susan occasionally confiding in her American friend, Alicia (Chloe Sevigny), a tactic the film uses to repeat what just happened to help the audience members catch up on anything we might have missed.

I genuinely think I could watch Love & Friendship back-to-back and still find new things contained in the dialogue. It's got such a rapid-fire approach that by the time you've really thought about even one line, four more have flown by you. You'll (hopefully) laugh at most of the comedy but, like with Stillman's other films, you're going to find a lot to think about as well. It's layered. Funny, but layered. The best of both worlds, really.

Since it's a British period piece, it should go without saying that it looks fantastic. The costumes are great, the sets are detailed and look authentic, and the cinematography is delectable. These things always look amazing, and Love & Friendship is no different. It also contains a very talented cast, with the likes of Beckinsale, Sevigny, Xavier Samuel, Emma Greenwell, Stephen Fry, and the hilarious Tom Bennett as the standouts. If this was a November release, we may be talking about an Oscar nomination for Beckinsale. We still might.

Fueled by rich, rewarding dialogue that is as dry and witty as they come, a compelling lead character, and a Jane Austen story stripped of romance and steeped instead in pragmatism and egoism, Love & Friendship is a fantastic movie. Kate Beckinsale is electric as the self-serving genius that is Lady Susan, the entire production looks amazing, and if you can follow along, you're in for a film that'll keep you laughing and thinking - if you can keep up - for all of its efficient 92-minute running time.

Bottom Line: One of the best movies of the year, Love & Friendship is a hilarious and intellectually rewarding experience.

Recommendation: It's now in wide release, so if Love & Friendship is playing near you, go see it.