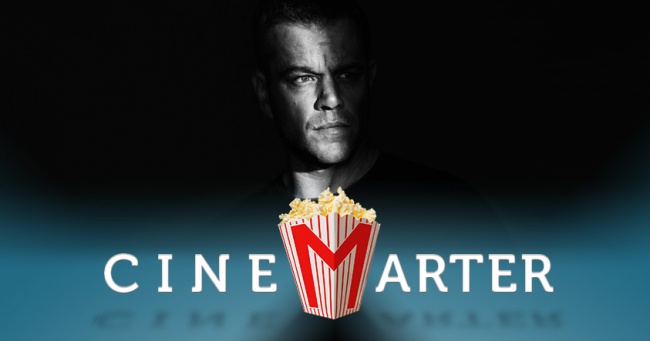 After the release of 2007's The Bourne Ultimatum - the pinnacle of the franchise thus far - it was pretty clear that both director Paul Greengrass and star Matt Damon were done with the series. Damon had done three, Greengrass had done two, and they weren't going to top the third outing. The studio tried to capitalize on the Bourne name with Legacy, starring Jeremy Renner, but it underperformed and wasn't particularly good. The goal became clear: get Greengrass and Damon to make another one. Nine years after Ultimatum, they've done just thast. The result? Nothing particularly special - although easily better than Legacy.

Initially based on the Robert Ludlum novels, Jason Bourne (Damon) is a character we've now followed through three previous films. At first, he didn't know who he was - only that he had talents that only secret agents should have. Then he used those skills to take down the people who made him the way he is, uncovering baddies in high-level government operations along the way. He has superhuman strength and more intelligence and observational skills than almost anyone. He's been off the grid in hiding for the last decade or so, but soon enough he's going to find himself tangled up in another corruption conspiracy. 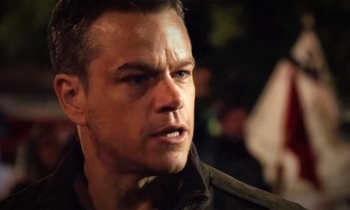 The details aren't particularly relevant, but they involve Bourne's deceased father, the CIA director (Tommy Lee Jones), the head of Cyber Ops (Alicia Vikander), an assassin (Vincent Cassel), and the CEO of a tech company (Riz Ahmed). The main theme, this time, is personal privacy, because this franchise likes being relevant to our current interests. I'm sure you'll be surprised that not everyone at the CIA is on the up and up.

The plot doesn't really matter as much as you might like, anyway. It's an excuse for Bourne and co. to visit various locations around the world and stage well-choreographed action/chase scenes with lots of moving parts. One of the reasons that Greengrass works well for this franchise is because he's very good at keeping track of all the moving parts in these elaborate moments. We need to cut between sometimes five different personalities, and making sure we know who's doing what at any given moment is tough to do.

Jason Bourne feels a lot like a light version of the first three films.

That praise might feel odd given what needs to be talked about next: the shaky camerawork. While Greengrass is good at keeping track of things on a large scale - knowing when to cut to a different section, and keeping track of where they all are - the shaky-cam cinematography combined with rapid-fire editing makes it hard to tell what's happening on a smaller scale. Fist fights, especially, become tough to comprehend. And do we really need the shaky camera when people are just sitting around and talking? It loses any benefit when it's used 100% of the time, like it is here.

It should also be mentioned how little of a character Jason Bourne is here. He continues to try to figure out exactly how and why he was recruited, and the stuff with his father attempts to freshen things up, but it all feels so inconsequential. Then again, there isn't much to any of the characters in this film. They're all various shades of grey on the morality spectrum, but that's pretty much the only interesting thing about them. It's a struggle to even remember their names.

Matt Damon has always been good at playing Jason Bourne, and even with a few more wrinkles on his forehead and some grey hairs, he still works as our protagonist. He's competent at the action and although he doesn't have that many lines, he makes them work. Tommy Lee Jones seemed more bored than inspired. Alicia Vikander continues a streak of good performances as an up-and-coming agent. Vincent Cassel was having fun as an assassin hunting Bourne. Riz Ahmed needed more to do. And Julia Stiles shows up to set up the plot before promptly exiting the picture.

Jason Bourne feels a lot like a light version of the first three films. It hits all the same notes, but there isn't as much heft to it. The action is still fun, and watching it play with all of the pieces it's put into play is enjoyable, but the plot feels like such a nonentity, the characters are mostly one-dimensional, and the shaky-cam needs to be toned down a lot. It's a step up from Legacy, but it's easily the weakest of the Damon-led films.

Recommendation: If you liked the first three, you'll still probably have a decent time with this one, but it's not going to win over anybody who isn't already a fan.