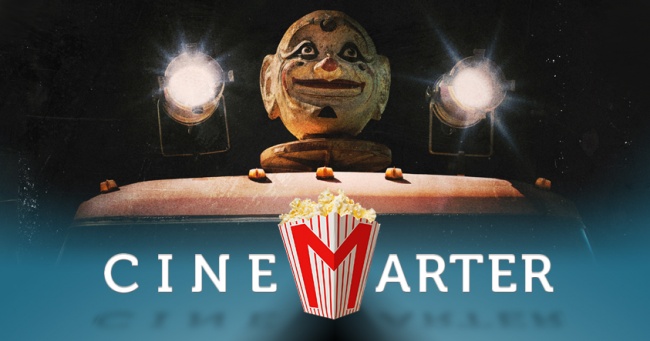 It probably shouldn't be considered a compliment when the only name of a character in a movie whose name I can remember is "Doom-Head." Rob Zombie's 31 asks us to root for five individuals but fails to give them memorable enough names or personalities to recall after the film comes to an end. Only Doom-Head, who is played in a go-for-broke way by Richard Brake, remains in our minds. For a film that's basically the horror version rip-off of The Running Man, we probably could've done with better main characters.

We know one of them, though, as she's played by Sheri Moon Zombie. The movie has been written and directed by Rob Zombie, and he often puts his wife front-and-center in his projects. She, and a few other people, are traveling across the country in an RV - carnival workers, apparently - but are soon enough ambushed by Lords of Salem rejects. They're put into a game run by elderly individuals wearing aristocratic getups - led by Malcolm McDowell - told they have 12 hours to survive, and are then set free in a run-down complex that is populated by evil individuals who have no qualms about murdering or torturing them. 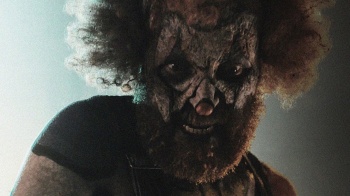 What follows can best be described as a series of boss fights with ever-changing scenery. Usually, prior to defeating whatever evildoer is put in their way, one of them will die. Eventually, Doom-Head shows up, after the aristocratic cosplayers figure that their game pieces might survive. We saw him in the opening scene, shot in black and white, where he taunted a man with a monolog before whacking him with an ax.

The actual fights get repetitive after a while but aren't altogether unenjoyable. The individuals they go up against are compelling characters, which keeps things fresh. There's no rooting interest from us. 31 has a bunch of scenes near the beginning where our protagonists hang out and drive, but it doesn't make them endearing - or the opposite. They're just bland beings. At least the villains that get set against them have fun traits, like the clowns wielding chainsaws or the Mexican Hitler wannabe.

31 is a terrible gorefest of a movie, one that presumably exists because director Rob Zombie is a big fan of The Running Man and his old movies, and thought mixing the two together would be another good project for which to cast his wife.

Basically what it comes down to is this: You are watching a Rob Zombie movie. You shouldn't expect much more than a hollow gorefest. You get that. It's a bloodier, creepier, more intentionally offensive version of The Running Man - which itself, as far as I'm concerned, isn't particularly great - and if you're going in hoping for anything else, you'll be very disappointed. Walking out of the cinema, I overheard someone say the following: "It'd be hard to imagine a movie I'd enjoy less."

While all of that is true, there are just technical elements to filmmaking on which Rob Zombie can't seem to get a grasp. He can't seem to generate any sense of suspense or atmosphere, we get lost because he doesn't seem to have any idea how to use the space with which he's working, and lots of the action gets marred by rapid-fire editing. Yeah, there's a lot of blood, and lots of people die, but to what end and for what purpose, other than to retread some of Zombie's previous movies and for the sake of it.

Maybe that's all there is to it. 31 was predominantly crowdfunded, which to me means that people knew exactly what Zombie wanted to do and wanted to pay for him to do it. If there's one thing that Zombie does, it's make the movies that he wants to - seemingly with an uncompromised vision. That's admirable, at least, if nothing else. And there's an audience out there for that. Most people will likely gain nothing from a movie like 31, but there are those of you reading this now who are grinning, understanding that you'll eventually sit at home, maybe with a couple of friends, and watch this movie and revel in all its gore and filth.

31 is a terrible gorefest of a movie, one that presumably exists because director Rob Zombie is a big fan of The Running Man and his old movies, and thought mixing the two together would be another good project for which to cast his wife. It has lifeless characters we won't care about fighting for survival against villains who are more fun than they are, in repetitive action scenes lacking in suspense and atmosphere. But it has lots of gore, and Richard Brake's turn as Doom-Head is fun. Fans will like it; nobody else should give it a single thought.

Recommendation: Only fans should go see 31.