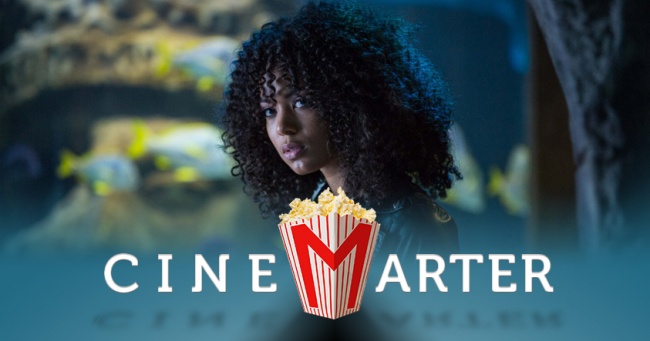 Much like how Marvel has decided that the first weekend of May will be dedicated to one of its releases, Sony subsidiary Screen Gems has made the second weekend of September the "black stalker thriller" release date. After the financial success of No Good Deed in 2014, which was followed up with the nearly equal success of The Perfect Guy last year, it seems like this is going to be a constant for the foreseeable future. This year, we've got When the Bough Breaks. Although it shouldn't come as a surprise, it's really terrible. But these movies aren't made to be good; they're made with the sole purpose of making money from an underserved audience.

The plot this time around follows a successful upper-middle-class couple, John and Laura (Morris Chestnut and Regina Hall), who only have one major problem in their lives: they haven't been able to have a child. As such, they've been looking for a surrogate mother, and are down to their last embryo. That's when they find Anna (Jaz Sinclair), who seems perfect for the job. They decide to house her in their guest home and treat her like family. But when she gets all stalker-y, well, she gets stalker-y. She does stalker-y things. They - especially John - do not like her stalker-y things. Can we make "stalker-y" a real turn of phrase? 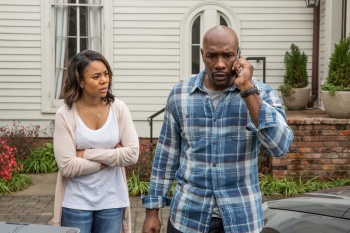 There's a subplot here involving an abusive boyfriend (Theo Rossi), and the real reason Anna wanted to become a surrogate, but it gets ignored so we can focus on Anna's stalker tendencies as she begins an unhealthy fixation on John. If you've seen the trailer, you can guess what's going to happen. If you've seen the trailer, you've also seen pretty much every single moment in which When the Bough Breaks even remotely resembles a "thriller."

It takes over an hour before anything in this movie is even close to thrilling. It's set to an impossibly happy and upbeat score - to the point that it feels unbelievably cheesy, like a parody - as we watch John try to make partner at his firm, Laura try to get a promotion as a chef, and Anna 's belly grow as the pregnancy moves further along. And even after it's well established that Anna isn't stable, When the Bough Breaks still maintains this sort of tone for much of its screen time - to the point that any of the moments it's going for thrills fall completely flat.

Take a scene in which our perspectives are split. John and a co-worker are going through a house which may lead to revelations about Anna. Laura is at home, and we know she's currently being stalked. Both moments should be generating suspense, but neither one even comes close. It doesn't help that these things are all watered-down PG-13 appeal-to-the-largest-audience-possible movies, so we don't even get surface thrills that would have been available if it was rated R. It certainly teases them, but can't follow through.

When the Bough Breaks is a horrible excuse for a movie, one that never even begins to work, let alone deliver any thrills.

None of this is aided by a brain-dead script, which ignores logic in favor of idiocy. The eventual plan to deal with Anna is so ridiculous that it made me laugh out loud in the cinema. It leads to a finale which is so anticlimactic - and not just because the "final battle" takes place with a screaming infant in the room - that when it ends, and the credits roll just one scene later, you sit there and just stare. "That's not it, is it?" Yes. Yes, it is.

What it boils down to is this: none of it makes the remotest bit of sense, there are only a couple of minutes that even try to be tense (and they fail at it), and it insults the intelligence of its characters and viewers for almost its entire running time. It doesn't even have the dignity to bow out at 80 or 90 minutes, sticking around a full 107, which might be its most egregious decision. There isn't enough plot here for a 30-minute television episode; why is it wasting almost two hours of my life?

Are there any positives? The house in which most of the film takes place looks nice, I guess. Morris Chestnut is a warm screen presence, and while he's given almost nothing to work with, he's watchable. The same holds true for Regina Hall, whose sole defining characteristic is that she really wants a child. They have chemistry together. Jaz Sinclair gets an "introducing" credit, even though it's not her first movie (she had a role in Paper Towns), and she can't hold a candle to her co-stars. She comes across as flat, uninterested, and awkward, as if she wasn't receiving sufficient direction and didn't have the experience to deal with it. Oh, and Theo Rossi is so hilariously bad that I can only assume that was a deliberate choice on his part to "stick it" to the movie.

When the Bough Breaks is a horrible excuse for a movie, one that never even begins to work, let alone deliver any thrills. Its plot is silly, its script is idiotic, its characters are paper thin, and it can't generate suspense to save its life. Jaz Sinclair makes for a terrible choice as the villain, while Morris Chestnut and Regina Hall can't do much with their nothing characters - but at least they have screen presence. We deserve better than this.

Bottom Line: When the Bough Breaks is another terrible movie that was never designed to be good. Shocker.