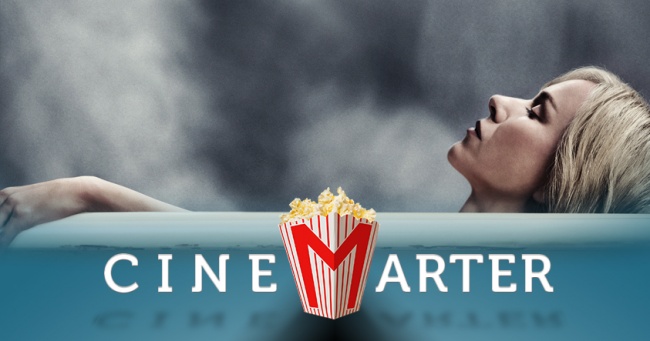 After seeing Shut In, many things become clear. The first is the reason the studio decided to push back its release from February to November - to avoid competition with other horror movies and in hopes that we'll have forgotten about The Boy (more on that later). The second is why the distribution studio, at least here, decided not to promote it in any way or provide press access prior to its release. The third is the even though 2016 has had a large selection of strong horror movies, tripe like this will still get released. The final is that we need to stop caring whether or not a screenplay makes the "Black List" - there are just as many duds as there are success stories coming from that survey.

Shut In feels like a movie you've seen frame-by-frame before in other movies, except they've all been compiled into one horrible mess. Naomi Watts takes the lead as Mary Portman, a psychologist whose husband dies and her stepson (Charlie Heaton) becomes paralyzed after a car accident. She becomes a recluse in her home near some Maine woods, essentially spending all of her free time either working with patients - who come to her - or taking care of her son. One of those patients, a deaf child named Tom (Jacob Tremblay), runs away, makes a quick pit stop at Mary's house, and then goes missing. Then weird things start happening to Mary, like dreams and ... actually, mostly just dreams. 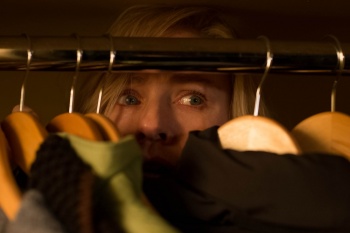 Or, at least, she's told they're dreams by her doctor (Oliver Platt), with whom she communicates over (video chat provider). Basically, she starts seeing things and begins to question her own sanity. For the audience, though, we mostly watch her go about her day, then at night we wait for a jump startle. That cycle is rinsed and repeated for the first hour of the movie, until a Boy-like twist - with a greater Oedipus complex - comes around and we throw our hands up and give up at the silliness and stupidity of the movie. It was boring before; now it's just moronic.

Shut In is set almost exclusively in one location and primarily focuses on Naomi Watts as she walks around the house. That's about 2/3 of the movie right there, before the twist comes and it becomes, well, something else. It might make for a decent schlocky play, actually, but as a film it struggles to provide us with anything of value. It's not suspenseful, it's not scary, and all but one of its jump startles fail to even generate a reaction. Watts is fine in the lead role, but none of the other actors do anything of value. This was filmed before Room came out, so the filmmakers didn't know Jacob Tremblay was going to be a big deal, but surely they could have provided him with lines of dialogue, right?

Shut In is a largely uneventful horror movie with an obnoxiously stupid twist that's more likely to make you laugh than frighten you.

Seriously, though: apart from Watts' performance, which is just "okay," I'm struggling to think of anything that Shut In does that's remotely good. There are a couple of decent shots at the beginning, but we long for them more once we get into this cramped, way-too-dark-to-be-real house. The story throws cliche after cliche at us, like an impending storm, a doctor who discovers something and immediately drives to the person's house, and children with illnesses.

It's far too boring a movie to care about anything that's going on - and sometimes too dark a film to see what's happening. There's almost nothing to any of these characters except for basic outlines - as if no effort was put into making them feel like real people whose lives we're supposed to cherish. Horror movies work by either immersing us in the diegesis or having us care about the characters inside of it. Shut In can't do either. The only saving grace is that it's only about 90 minutes in length, although even that feels like 120 minutes too long.

Shut In is a largely uneventful horror movie with an obnoxiously stupid twist that's more likely to make you laugh than frighten you. It has a decent - but not great - central performance that is wasted by almost every other characteristic of the film. It's not scary, it's not thrilling, and it can't even make you tense up with its jump startles. Almost nothing happens for the first hour, and then somehow it gets worse after that. It does not belong in cinemas; it probably would have found more success on home video anyway.

Bottom Line: Shut In is the running for worst horror movie of 2016.

Recommendation: A great deal of boredom that's followed by stupidity, you don't have any reason to watch Shut In.