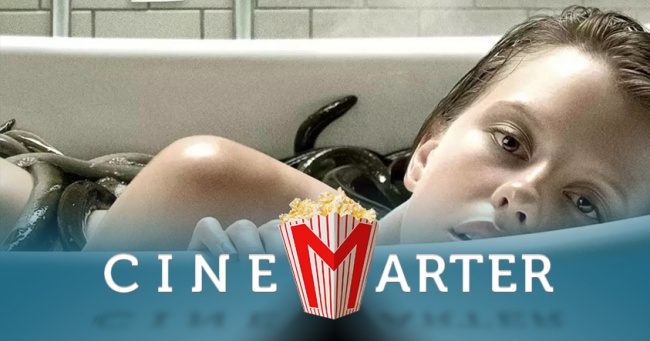 I get the feeling that A Cure for Wellness thinks it's a whole lot smarter than it actually is. Here is a movie that's essentially one big mystery - "What's going on at this place?" - but gives more than enough hints that any viewer paying close enough attention should stay about four steps ahead of it at every given turn. The only reason you won't is because of how stupid the mystery sounds when said out loud - you might think that the movie simply won't go there. But it does. Its attempts to confuse the audience by making us question our protagonist's sanity are for naught. And then, once all's been revealed, it degenerates further into outright silliness.

The plot sees a businessman, Mr. Lockhart (Dane DeHaan), be sent to a wellness center in the Swiss Alps in order to retrieve his company's CEO, Mr. Pembroke (Harry Groener). The company's undergoing a merger and Pembroke is needed to clarify some legal matters, but he's decided to stay at the center well past his two-week vacation, claiming that he's now seen the truth and can't go back to living in the dark. Lockhart is a rising star in the company but may have made a questionable decision here or there, so he doesn't have much choice but to go on the company's behalf. 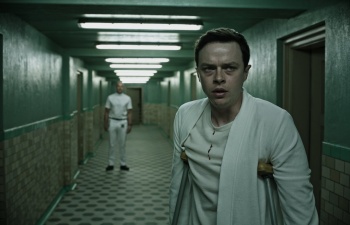 Once there, Lockhart gets into an accident and becomes a patient of the facility - under the care of its director, Dr. Volmer (Jason Isaacs). This gives him lots of time to explore, learn about the other patients, make friends with the only other person under the age of 60, Hannah (Mia Goth) - who is a "special" patient - and begin to questioning exactly what is going on here. He slowly discovers that things aren't what they seem - doing so at a pace that would put a sloth to sleep.

I think the pacing might be one of the reasons that A Cure for Wellness doesn't really work. Shorten this to a 90- or 100-minute film, and the audience isn't given as many down periods to think things through and essentially figure out the film far more quickly than its protagonist. But at over 140 minutes, there are many of those moments. It's a bit too lethargic a picture to try to maintain a tense, mysterious, and thrilling tone.

A Cure for Wellness is one script touch up and 30 minutes of trimming away from being a great movie.

That's a shame, since there are a lot of good elements to the picture. The director is Gore Verbinski, who if nothing else is a strong visual and technical filmmaker. There's a great design to the entire production, so many of the shots are wonderful, and the atmosphere of the wellness center is kind of creepy. And he doesn't shy away from some subjects or shots that other filmmakers might. Yeah, there are a couple of scenes in this film that might make some audience members want to look away.

And because all of that stuff is great, it makes me think that this is a plot/pacing issue. The plot is silly, but lots of plots are silly. It's just that it tries to be a mystery and because of the pacing we're rarely going to be in the dark. Then again, even if all of that was great, we'd still have to deal with the ending. Let's just say it's more Pirates of the Caribbean than The Ring; it's too ridiculous even for this movie and feels at odds with the rest of the production.

I've come around on Dane DeHaan as an actor, but I'm still not certain he's the best lead for a project like this. We need to believe that there's a chance that his character is simply unhinged and that there is no mystery - and he can't sell us on that. Jason Isaacs is exactly what you'd expect from a maybe-evil doctor played by Jason Isaacs, while Mia Goth shows up, acts almost unbelievably innocent and sheltered, and then disappears for decently long stretches of time.

A Cure for Wellness is one script touch up and 30 minutes of trimming away from being a great movie. As it is, it's a somewhat ambitious film that can't get its mystery to work and can't maintain the thrills for its overlong running time. It comes across as a lesser, discount Shutter Island. It's got great production design, it's wonderfully filmed, and it even does a good job generating a strong atmosphere. It's got a silly plot and an even more ridiculous ending. It's not good, but there are far, far worse things out there. At least this one has ambition.

Bottom Line: It doesn't work, but it's ambitious enough to at least be interesting.

Recommendation: A Cure for Wellness might be worth an eventual rental.