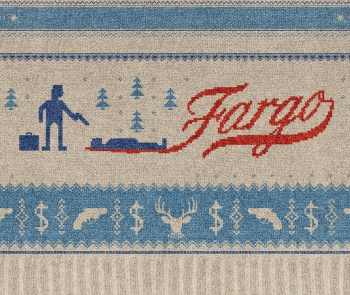 Inventive storylines and fascinating performances made for a great first season, until the final episode failed to deliver.

Up until the last of the 10 episodes of Fargo on FX I was telling everyone who would listen that they had to watch this new series. There was the slow, but fascinating build up of the various storylines, the fantastic casting choices and the unexpected story elements that just kept adding to the originality and delight that this series regularly delivered. But after the finale, I began to see inherent problems in the series as well. The minor storylines that went nowhere. The promise of the major characters never paying off. The tone of the show skewing off into bizarre comedy sketches through minor storylines. It was a wild ride, but when it came to an end, its insistence on doing things Coen Brothers-style made it an odd fit for television viewers who are expecting more closure.

The major storyline -- supposedly based on a true story, but that was just a ruse that was designed to give the writers an opportunity to experiment with the plot -- is centered around a murder in a sleepy, snowy midwestern town. Though drawing on the tone and story of the movie it's based on, this story takes place in another state with an entirely different cast years later. Lester Nygaard, played by Martin Freeman with an astonishingly convincing midwestern accent, is a henpecked husband who gets pushed too far and hits his bullying wife over the head with a hammer in a fit of rage, killing her. He panics and calls professional assassin Lorne Malvo, played by Billy Bob Thornton, who he had met earlier in a random encounter at the hospital. When Lorne arrives to help Lester clean up the mess, he instead finds the local Chief of Police there asking questions and, being a cold-blooded hitman, puts a shotgun blast into the policeman's chest. 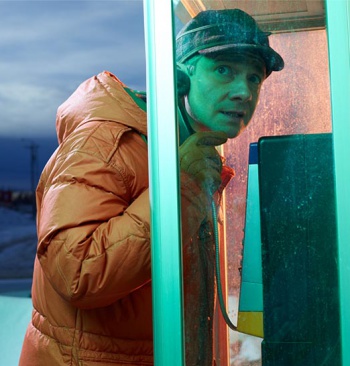 With two dead bodies in the house and more cops on the way, Malvo disappears and Lester makes himself look like a potential third victim to claim innocence. Meanwhile, Malvo continues about his business which consists of driving the target of his latest job out of town in the trunk of his car. But he's pulled over by a policeman named Gus, played by Colin Hanks, who senses Malvo is up to something. Malvo, having heard Gus on the phone with his daughter when he was pulled over, tells Gus to walk away if he values the life of his family. Which Gus does. Enter Molly Solverson, played by newcomer Allison Tolman, another police officer who is assigned to the case of the death of Lester's wife and the Chief of Police. Though everyone else buys into Lester's story, mostly because they know him personally, Molly knows it doesn't add up and pursues the truth and Lester, relentlessly.

Over the next eight episodes we see Billy Bob Thornton imbue Malvo with equal parts convincing charm and remorseless violence. We see Lester grow more and more confident the longer he gets away with the murder of his wife (and later, his second wife). We see Molly tirelessly pursue the case despite her bosses' direct orders to drop it and the risk to her own life. And we see a cast of minor characters and plotlines parade through that are generally played for almost absurd comedy against the bleaker main story. We even get a surprise jump forward in time by a year in the middle of an episode where we suddenly find Gus and Molly married, with the latter very, very pregnant in case you forgot what movie this was based on.