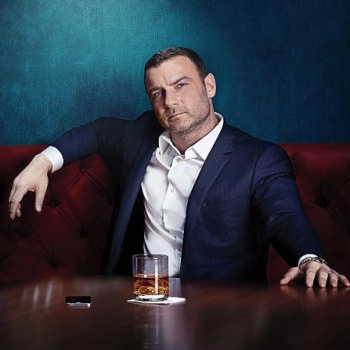 This sophomore series starts off season two with a bang.

"This is only the beginning." -- Mickey Donovan

The first season of Ray Donovan ended with a shoot-out on a dock that involved Mickey Donovan, the FBI's most wanted, and his bad-ass (and long-suffering) son Ray Donovan, played by the exquisite Liev Schreiber. Things were hardly tied up in a neat, blood-stained bow, however, and the first episode of season 2 just reiterated that point. Last night's episode set up storylines involving stalking, paternal disenchantment, and teens with rage issues -- and that's just scratching the surface. The season started with a bang, which we'll get to in a second, and it looks like life for the Donovans is going to be filled with more betrayals, boobs, and bombshells than you can swing a baseball bat at.

Ray Donovan airs Sundays at 9PM on Showtime, but Showtime subscribers can catch the show any time on the web -- and anyone can watch the first episode for free online.

The episode seems to start off right where the last season ended -- on the beach. But are we really on the beach? Ray is lounging on the sand, his shirt covered in blood, when suddenly piles of dirt are flung on him. He's not on the beach anymore: he's being buried alive by an unknown assailant! Overwhelmed, Ray is completely buried, only to wake up just before he suffocates. If only life were that simple for him....

This dream sequence paired with the alcohol trip his father has later in the episode (in which he swims too far out into the ocean at the behest of a talking dolphin) set up the theme: our heroes and villains are both in too far over their heads. Being overwhelmed is definitely the season going forward, and it doesn't look like anyone is going to have the option of waking up from the nightmare. These moments in the show also beg the question of what is real and what isn't, and the concept of belief runs strong through the show, though it mainly manifests the way Ray Donovan reacts when he hears yet another bit of bad news. He may be silent, but his eyes are screaming, "I just can't fucking believe this." Believe, kiddo. This ain't no dream.

When Ray does wake up, we find him in his beautiful Calabasas home, sleeping next to his awesome wife. He's frightened from the nightmare he's just had, so like any man who deals with death on a daily basis, has father issues worse than Oedipus, and was systematically sexually abused by a priest when he was a child, he reclaims his sense of security and self by having sex with his wife, Abby. Does he warn her? No. Does he even wake her up? No. He just does it to her, and she lets him, even though she's clearly bothered.

This is probably one of the reasons they're going to therapy, which Ray isn't too happy about. In a fun piece of casting, their therapist is Brent Spiner, who you'll remember as Data from Star Trek: The Next Generation (or more recently Brother Adrian from Warehouse 13). As the Donovan's therapist, he's no less robot-like than when he was on the Starship Enterprise. Ray isn't really having any of this therapy mumbo-jumbo and leaves the session when he receives a phone call. Alone with Therapist Data, Abby defends her husband while Data tells her that until Ray faces his molestation, he'll continue to act out. And here's the next big theme of the show: no one faces anything, and so everyone is doomed to repeat their past.