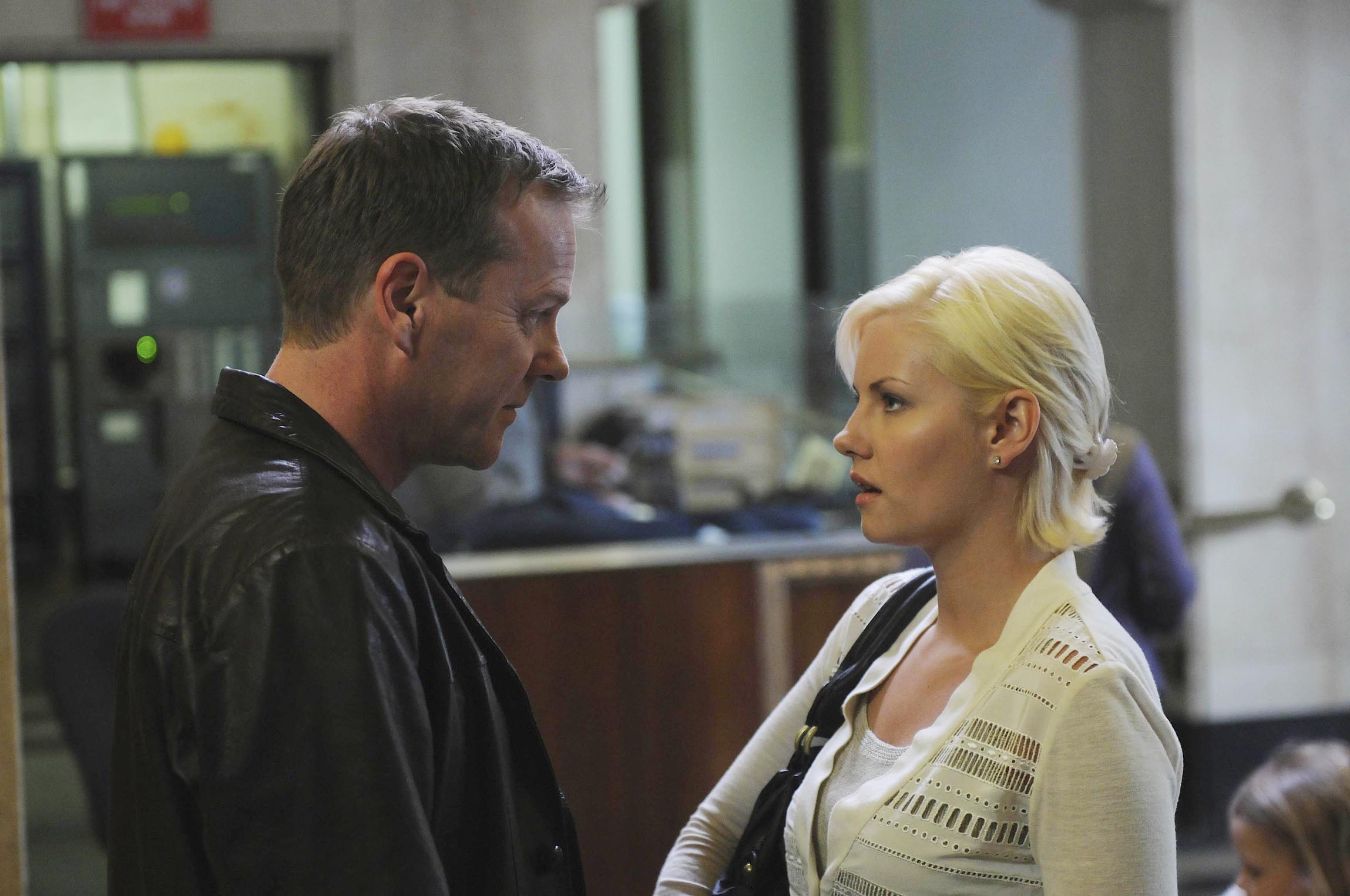 Editor's Note: 24 was an American show created largely in response to how we felt after 9/11. It was a show about taking action, about fighting back against the terrorists that had attacked the WTC, leaving us feeling powerless. Over the course of the show's eight seasons, 24 morphed into a commentary on U.S. policies abroad and asked the question of whether we have gone too far, taken away too many liberties, in the pursuit of justice. Now Jack Bauer and 24 are back with a short 12 episode miniseries set in London - Will he and Chloe be doing the same old schtick? We'll be recapping the series over the next few months so check back here to see our commentary on the show.

In case that wasn't obvious, there be spoilers here! You've been warned!

24: Live Another Day started like an episode of Homeland, which brings up the first of several pickles in which show finds itself: in a post-Homeland world, is a show like 24 even valid? How can it make any real statements about government use of surveillance and machine-operated killing? After the double-episode premiere, eh, it's hard to tell. But, back to that opening. A group of multiracial CIA agents are making their way through a marketplace where different languages are being spoken and women are wearing scarves. No, this isn't Afghanistan. It's East London. Afghanistan comes later.

Who are these CIA agents hunting, you ask? Well they've gotten a tip from Prague that Jack Bauer is back in London! An undercover homeless guy identifies Bauer in a derelict warehouse surrounded by homeless people. It's not dissimilar to the opening scene of the last episode of the third season of Sherlock where we find Sherlock in an opium den high off his ass.

The CIA agents ambush the homeless encampment, only to find Bauer is suddenly on the run. Wherever he's been for the past several years, it's clear that, like any self-respecting sexy daddy, he's been working out, has had the resources for a clean shave, and has had access to black hoodies. Maybe he's just been hanging out in Silverlake this whole time? That said, he can still hop out of windows, over railings, and kill someone with his bare hands.

In the warehouse, there's a shootout and Bauer finds himself cornered on a riverbank. They take Bauer in and preparations for his torture are set into motion. But, that age-old question rises to the surface: who gets to torture Jack Bauer? Is it going to be CIA agent Steve Navarro's people? Or is it going to be "Special Activities" which reports directly to Mark Boudreau, the seemingly bad guy who happens to be married to the President's vapid daughter Audrey, who happens to have once been in love with Jack Bauer, if that's possible. President Heller, Audrey, and Mark are all in London so Mr. Pres can sort out a treaty with the British government. Incidentally, Steve Navarro is played by a very skinny looking Benjamin Bratt, and Boudreau is played by the effortlessly handsome Tate Donovan. 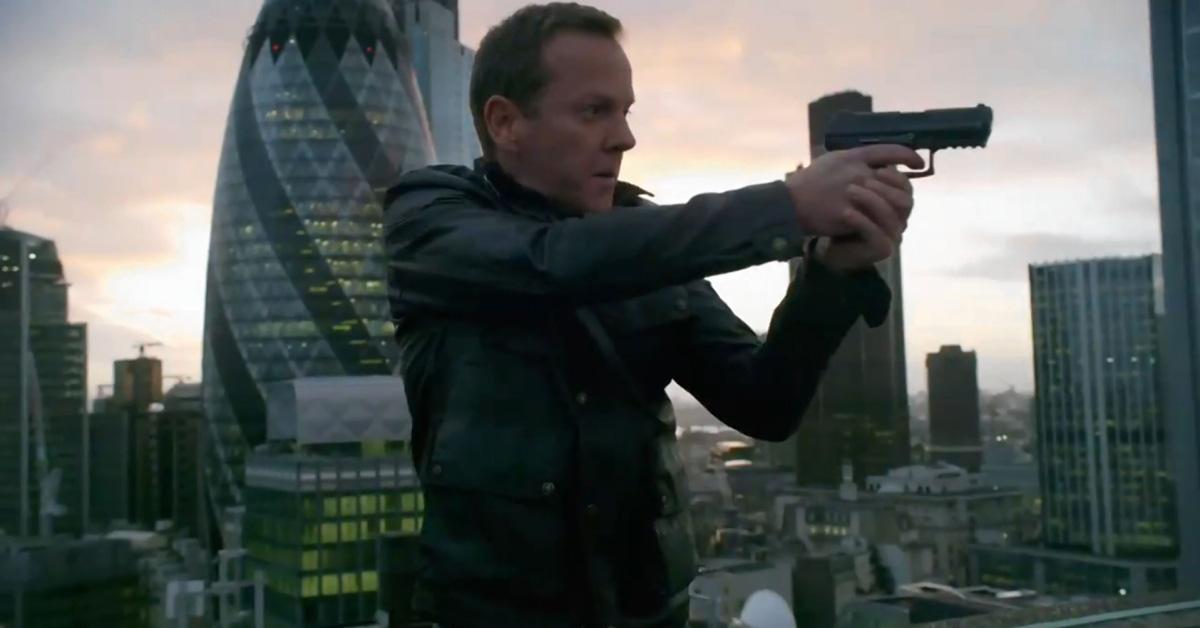 While the decision to sort out who gets their first crack at Bauer (Boudreau is winning by a long shot) a new character named Kate, also a CIA operative, is packing up her stuff to leave. It's revealed pretty early on that she's leaving because apparently her ex-husband was a traitor to the government or something. She was cleared of all wrongdoing. Still, there's bad blood and even though she seems to be the only one who knows what's going on, it's time for her to leave.

Special Activities wins the torture conundrum, and they come get Bauer so they can figure out why the hell he's suddenly popped up in London after all these years. While he's being transported, Kate, who pretty clearly has something to prove, gets a hold of some covert info and discovers that the tip from Prague was a plant and that Jack Bauer himself tipped off the CIA about his whereabouts from a café three blocks from where he was found! Still, she's gotta go, so security escorts her out. Is she going to go quietly? Hell no. Kate's got a Taser gun and she's not afraid to use it. She goes rogue, and runs after Bauer herself.

Meanwhile, Bauer takes matters into his own hands and finds his way to Chloe O'Brien, Jack's IT wizard and only friend. She's been drugged and splayed out for Special Activities to torture. Torture is really the big threat in this show, that and career destruction. While a bunch of lives seem to be at stake, people really just want to protect their own asses. Anyway, Jack rescues Chloe, who is very groggy. Jack then has his new Serbian friend fire a bazooka through the street, temporarily disabling Kate who finds them trying to escape. The newly formed hole works out perfectly for their getaway.

Related to:
philip harris24 live another daymovies and tvreview
0
Tweet