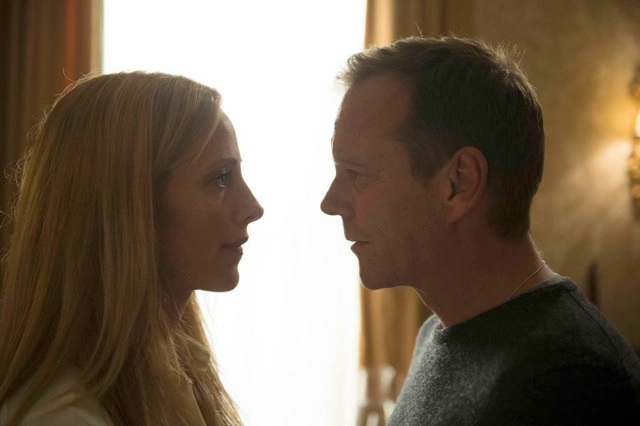 Jack, who's been a little MIA this episode, has been hanging out in a beautiful room with his hands cuffed waiting for his moment to make more illegal negotiations. His reunion with president Heller is hardly warm, but both actors play their interaction with a great deal of tangible respect, which felt great to see, considering their history and Jack's difficulty getting people to believe him. Jack offers up a solution to the situation: he knows an arms dealer that has worked with Margot for a long time. He can find the guy, but Jack insists on doing it alone and free. President Heller is having none of this, as you can imagine. He wants to believe Jack, but he knows he can't just let him go find an arms dealer who might give up info about a terrorist. President Heller leaves, and Jack is, once again, alone.

Meanwhile, back at the country estate Naveed, who was the voice of dissent in the terrorist family which he's married into, begs his psycho mother-in-law to see his wife Simone, who is recuperating from having her finger removed. Once with Simone, he tells her that he's put a trace on the video - sneaky (and hot), Naveed. He's also planted evidence in the house that will condemn Margot. He claims that once the authorities arrive he'll do everything he can to save Simone, at which point I wrote in my notes: "Naveed's a dead man."

Back with Jack, he finally gets a short, but emotional, reunion with his former love, Audrey. He's more than happy to see her - downright weepy in fact - and she is happy to see him, but of course, they cannot be together. After all, Jack's hands are literally tied. They don't kiss, but they put their foreheads together in a sort of alien salutation kinda way, and they part ways. It was a wonderful moment and I hope we see more of them back together. 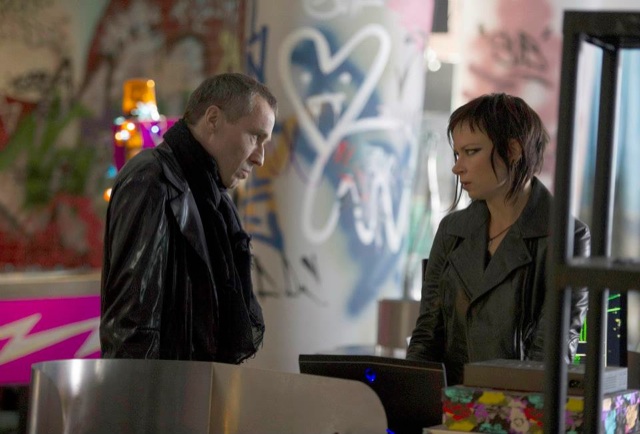 Speaking of parting ways, it's time for the people at Chloe's organization to get the hell out of Dodge. With an impending drone attack, their hacker organization has been compromised by not only talking to Jack Bauer but also talking with the CIA of all things. Chloe's boss, who I still don't trust as far as I can throw him, insists that Chloe go with them, but she has her doubts.

At the CIA, Jordan, played by willowy stud Giles Matthey, finds the trace in the terrorist video. This is where things start to go haywire. They jump on this lead like a gay guy on Madonna. I understand that it's essentially their only lead, but consider the source. They call out that it might be too easy, and it definitely is. It's revealed pretty fast that Naveed's trace was found and that the IP address now in the video is a trap. Naveed is devastated, and he also knows he basically doesn't have a future. 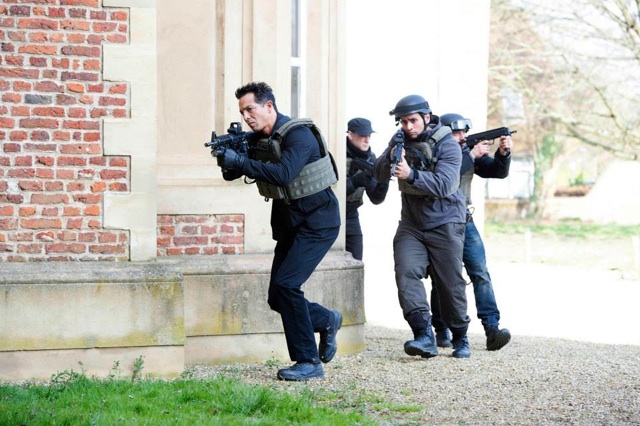 Thankfully, Kate is the one who figures it out. Even though she's been asked to leave, she just can't let this shit go. Using Chloe again to look at the original uploaded video, they find out about the trap. Sadly, they can't relay this new intel until Steve, along with a crew that includes Erik, are in the decoy house. Ian guides the drone over and boom, there go the good guys. It's not enumerated who is left alive and who isn't. I have to believe that Steve Navarro, while probably hurt, made it to safety. They wouldn't kill off a major star like that - I mean, he used to date Julia Roberts, for godsake!

Now that Margot has had a good hit of terrorist glory, it's time for her to exact her revenge on Naveed. He's taken downstairs and beaten - Margot shames him and then pulls out a gun to show she means business. Naveed begs not to be killed, trotting out Simone's happiness as a defense. Of course, Simone is on her mom's side and doesn't even flinch when Margot executes Naveed with a bullet to the forehead.

Like I said earlier, this episode was a lot more fun than the previous in this season, but I still had some problems with format. Why do we still need the character names in the "previously on" portion at the beginning of the show? Do they really think we're that dumb? And speaking of playing down to an audience, characters deliver the plot situations every ten minutes on this show. Yes, I know that a terrorist named Margot Al-Harazi has hacked into the drone computer system. Stop telling us! I know the president needs to tell the Prime Minister, and someone needs to tell the President, and Kate needs to tell Erik, but please, stop telling us. We know. Let's get on with it.

Related to:
philip harris24 live another daymovies and tvreviewtv
0
Tweet