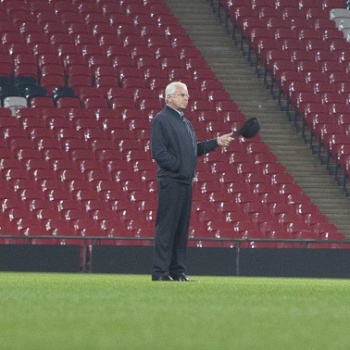 There are some surprising twists in this week's Live Another Day... but of course they can't be resolved yet because we have three more hours to go.

Well, as ever, 24: Live Another Day changed everything. Just when you think everything is about to be tied up, they go and flip the script (I can only imagine literally) on all of us loyal viewers. Last night's episode reassured us that nothing is ever as it seems, even if it appears to explode right before our very eyes.

In this week's episode, the major story line of Margot and her hot son Ian is wrapped up (we think) and the focus shifts to Navarro's dealings with Adrian, who we discover has a very interesting love interest. No fear on any front though, for that beacon of light known as Jack Bauer is going to solve it all in the next three hours! At least, we hope he is. Who can we trust if we don't have Jack?

If you aren't caught up on Live Another Day, you can get up to speed on the latest on Fox.com or Hulu or watch live on Fox at Mondays at 9/8c.

So, turns out the president isn't dead. Last week, they (and I) made quite the big deal of President Heller going to the middle of Wembley Stadium only be blown to smithereens. Well (tada!) he escaped. There was diversion, hacking and a whole bunch of audience manipulation involved to make the bait and switch happen. In the time it took to divert Margot and Ian, Chloe was able to discover their whereabouts. Long story short, Jack finds them and both of them fall to their death.

The whole Margot Al-Harazi plotline fascinated me. She was a terrorist, no doubt, but she was also an Englishwoman. In a show that is heavy on stereotypes, I find it very interesting that the bad guy, until now, was a white woman. In this episode, we find out that her late husband was stepfather to her children. The entire time we'd been lead to believe that these were his biological children. Why the distinction of having him be a stepfather? True, Mr. Al-Harazi was Middle-Eastern, and neither Simone nor Ian looked in any way, shape or form Middle-Eastern, but had they never made the specification I wouldn't have questioned the patronage of the family line. And who exactly was her first husband, the children's parents?

When it comes to a show like this, it wouldn't surprise me if President Heller was her baby-daddy. And what happened to the first baby-daddy? Was he also from the Middle East? She claims that Mr. Al-Harazi gave she and her family something to believe in, so one has to wonder, what awful man did she father children for? There was no discussion as to Margot's nationality or heritage by any character on the show. This is a good sign, especially when so many television portrayals of terrorists are still blindingly racist in their depictions.

Further to that point, 24, in an attempt to really differentiate the perceived line of terrorist nationality, made the Middle-Eastern conspirator in Margot's band of baddies a dissenter who had a change of heart at the last minute. Look, the show says, the darker-toned man is actually a good guy! It's the English rose from Westeros that married a terrorist, has a god complex, and wants to kill thousands of innocents. While being able to fool us on many plot points, on this intentional push to subvert the perceptions so much of us have, 24 doesn't succeed.

The Middle-Eastern dissenter gets shot in the head, execution style. And for just a moment, it looked like Ian was going to ditch his mom, but she held him at gunpoint and he relented, wanting to honor his stepfather. After Ian decides stay with her, Margot plants a kiss on his cheek (I think) that was quite uncomfortable to watch. Throw in the way she was caressing the back of his neck and the fact that she was a terrorist is overshadowed in creepiness by the obvious hots she has for her son. I mean, I get it. His eyeliner is perfect, and he knows his way around a machine, but come on Margot, lock it up lady. That's your son!