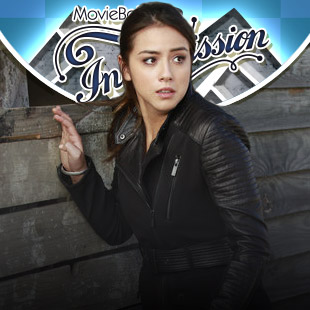 Unlike the show, I won't keep you waiting for the stuff you really want to know: Agent Coulson is back, and now he (and we) know the truth of his post-Avengers existence. He's not an LMD (at least not by the "rules" of LMDs from the comics), he's not a clone, he's not a zombie, he's not a secret Asgardian and he's not (as of yet, anyway) The Vision.

So... what is he? A dead person who was brought back to life, just like he'd believed all along; but with two unnerving extra details. 1: He wasn't "flatlined-for-a-minute-during-surgery" dead... he was DEAD dead. "bagged-tagged-and-rotting-in-the-morgue-for-multiple-days-dead, mad-science'd back to life through extra-scary S.H.I.E.L.D super-technology on Nick Fury's orders. 2: He didn't want to come back - in fact, he spent his first hours of (second) "life" begging to be allowed to die; a desire the false memories about recuperating on a beach in Tahiti were implanted to help nudge him back toward a semblance of his old self. In other words, he's Nick Fury's personal Frankenstein's Monster. So, there's your answer...

...which, since this is Agents of S.H.I.E.L.D, leads to an entirely new mystery: Why would Fury etc. go to such extreme/unpleasant lengths to keep this particular guy around? I have a thought or two, but now that that's out of the way let's get to the actual episode:

The Magical Place opens an unspecified amount of time after the events of The Bridge, which ended with Raina ("The Girl in The Flower Dress") and Edison Po ("P-o-i-s-o-n-E-d?" Huh...), the recruiter and liaison for the evil outfit CENTIPEDE and its mysterious (maybe?) leader "The Clairvoyant" abducting Agent Coulson and killing bad-turned-good superhuman Mike Peterson in an explosion. All caught up? Okay.

As tends to be the case with Agends of S.H.I.E.L.D, we open with the implication that something more exciting (or interesting) was happening offscreen... except this time it's unseen status-quo realignment rather than a theatrical Marvel movie. The Agents break up an arms dealer's illegal sale of some Chitauri armor scraps, now working like a well-oiled, brutally efficient spy team (Fitz/Simmons have even weaponized their fleet of pet mini-drones, and Fitz is wearing black and more-than-ready to kill CENTIPEDE goons if necessary) backed up by S.H.I.E.L.D gunmen and overseen by the returning Saffron Burrows as Agent Victoria Hand. They want the dealer to lead them to the heavies, since CENTIPEDE'S "thing" is using a combination of Iron Man 3's Extremis serum and Chitauri metal left-over from The Avengers' Battle of New York to make bootleg Captain Americas.

The Agency, we're told, has been tearing up the globe looking for the bad guys, but there's some friction: Coulson's team (plus Director Fury and Commander Hill), is dead-focused on rescuing their leader, while Hand is annoyed and confused as to why this operative is getting special-attention when they should be focused on CENTIPEDE. She's also not happy to find that Skye is still being allowed to hang around during official business, ordering her restriction-bracelet powered-up and tossing her from The Bus as a useless asset - and Agent May agrees. Ouch. The other teammates are still on her side, gifting her with a one-time phone-home cell and a head start to go and try tracking Coulson on her own terms.

Coulson, meanwhile, is being held captive and tortured via a brain-scanning machine by Raina, Po and a handful of CENTIPEDE mercs in an abandoned H-Bomb testing site - which we discover when he makes a bold but unsuccessful Jack Bauer-esque escape bid. He's adamant that he won't give up any S.H.I.E.L.D secrets, but that's not what they want from him. The Clairvoyant (speaking through Raina and Po via cellphone) claims to already know everything about The Agency, along with the rest of the Government (maybe all governments) up to and including "What the President dreams about." For some reason, the only thing in the past present or future this mystery mastermind can't see is what happened between Coulson's death and resurrection, and that interests him - plus, CENTIPEDE thinks "not dying" would be a useful superpower to add to its super-soldier cocktail.