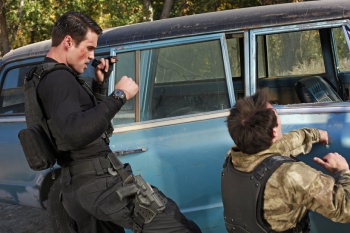 CRAZY FANBOY THEORY OF THE WEEK:

Who's The Clairvoyant? Last column I said I really wanted it to be M.O.D.O.K. Still do, but after this episode I'm feeling like it's going to be more of an internal fake-out: Raina is The Clairvoyant, always has been, and this is misdirection to get her even closer to S.H.I.E.L.D than before.