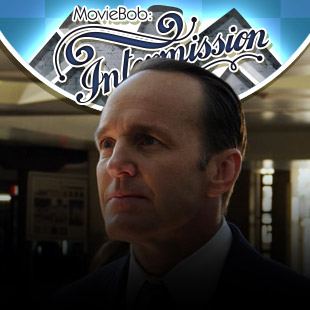 MARVEL'S AGENTS OF S.H.I.E.L.D." is still on hiatus to make room for the Winter Olympics, so finding material for these recap slots is something of a challenge. Last week, we had a roster of hoped-for character appearances. This week? Well, we'll go back to recapping - in this case, recapping the (roughly) half of a season that's already gone by.

The rule of thumb with pilots for genre shows is that they quickly become unrecognizably lackluster, because nothing has really settled into it's most functional form yet in terms of character. Most of this debut holds up, but the series' early penchant for misdirection makes it feel even more sleight than the mid-90s syndicated TV cheeseball sensibility that future episodes often seem to aspire toward: No less than four of the major plot points established here (Coulson's resurrection, Skye's questionable loyalties, Ward/Skye as a potential couple and the true nature of The Rising Tide) have all now been unveiled as red herrings. Strongest stuff remains Clark Gregg's reliable deadpan, Fitz/Simmons' appealing dork-banter and J. August Richards' affecting turn as hard-luck superhuman Mike Peterson.

"0-8-4," in which The Agents go looking for an alien artifact but find an old HYDRA weapon instead, more or less provides the template for what "filler episodes" are going to be like on "AGENTS OF S.H.I.E.L.D.", which is to say (in part) that it's kind of disposable and not very good. For those of you too young to have known a world where 90% of television shows weren't 20-hour movies broken up in pieces to be binge-watched on Netflix/DVR/etc, "filler episodes" are the ones that just kind of occupy-space without advancing the broader mythos or working a major ratings stunt. 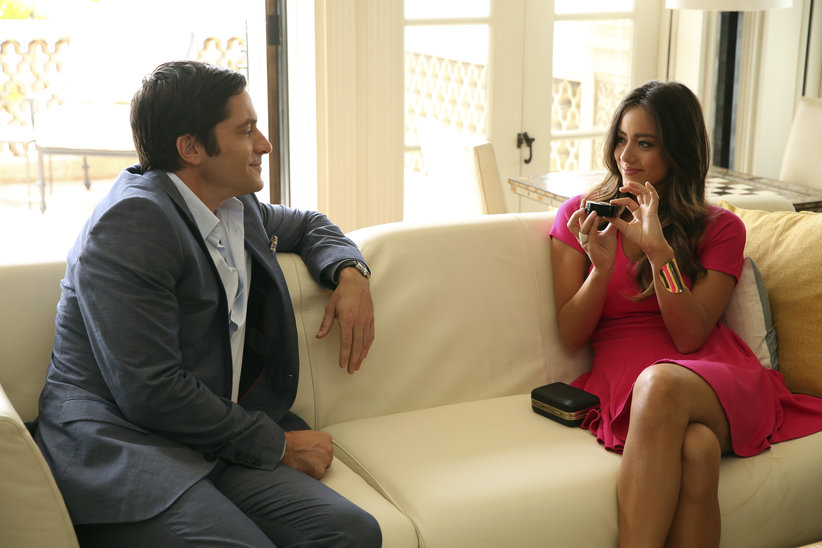 The series here introduces its first new supervillain, which is to say it introduces a scientist with the same name as Graviton and ends with a tease that he'll be Graviton at some future date. The real big-deal for this installment is the introduction of Ian Quinn, aka Evil Steve Jobs, a series-original recurring nemesis. Meeting Quinn was here framed as an eye-opening moment for Skye, i.e. hearing her "hacktivist" open-info idealism used to justify the actions of a corporatist crook, which feels vaguely like a missed opportunity now that Rising Tide turns out to have been so much misdirection. They were also still doing "maybe he's a robot?" jokes about Coulson at this point, and we got our first reference to Ward's evil(?), yet-unseen older brother.

At the time, I called "EYE SPY" "the first legitimately great episode of the series," and I stand by that - this one really cooks. It builds the series mythos by introducing the titular eyeball implants that feed C.E.N.T.I.P.E.D.E.'s foot-soldiers information and commands (and fry their brains if they disobey,) it has The Agents all being useful and entertaining and I really like the nods to Marvel's Sternako-era cloak and dagger weirdness like the (still unexplained) heavily-guarded vault containing two guys, two typewriters and a blackboard of equations.

EPISODE 5: "THE GIRL IN THE FLOWER DRESS"

Another good episode that holds up. The business about the titular "girl," (recurring C.E.N.T.I.P.E.D.E. minion Raina) trying to steal fire-powers from a street-level superhuman by offering turn him into a superhero named Scorch is disposable but a lot of fun, while dropping the Rising Tide storyline in favor of revealing Skye's true "infiltrate S.H.I.E.L.D. to find my lost birth parents" goals ultimately turned out to be among the series best voice-finding developments. Speaking of good worldbuilding, this episode also features the first mention of another still-running series mystery: The existence of an unseen master-villain called "The Clairvoyant" despite the other characters repeated insistence that psychic-powers aren't something that's yet been documented in the Marvel Universe.