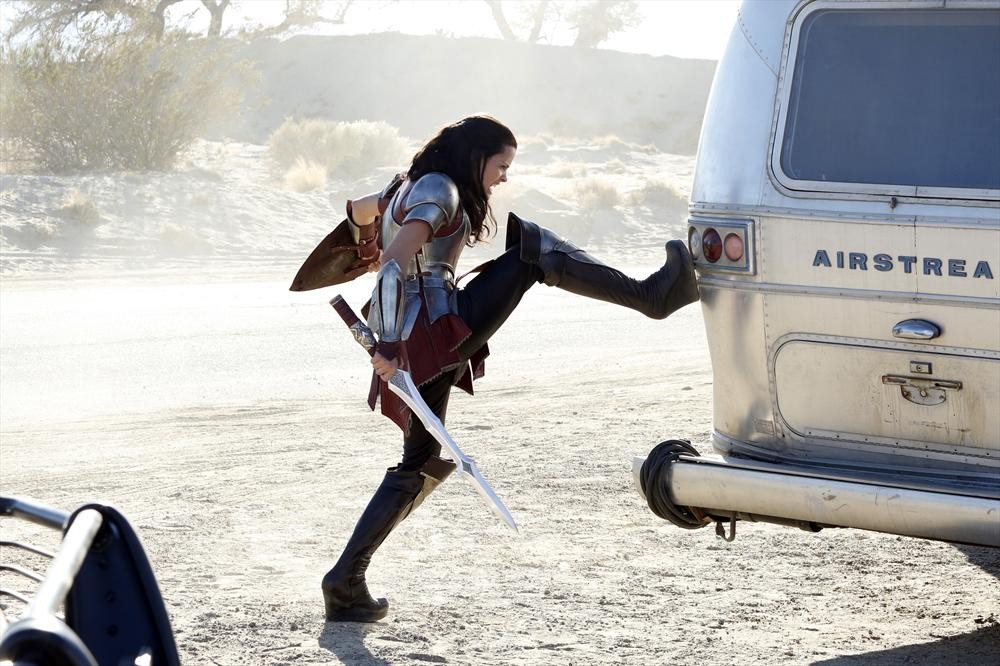 Still, Vegas, baby! What a great, colorful location to set an episode of an action series in! What a lot of fun could be had with a glamour-fixated sorceress in such a place! I can't wait to see... nah, I'm just messin' with ya - the action relocates back to The Bus almost immediately; as Coulson, May and Sif return to find that Lorelei and Ward doubled back and took over - hypnotizing Fitz, putting Skye and Simmons on lockdown and shooting Sif out of an airlock... which, since she's Asgardian, is mostly just inconventient. But before she can get back in, Lorelei has time to trade tough-gal taunts with May. Her trump card? According to her, Ward offered up the name of the team member he'd had romantic feelings for prior to being enthralled... and it wasn't May.

End result: Close-quarter swordfight between Sif and Lorelei (spoiler: the one who still needs to show up in Thor 3 wins), very well-executed no-holds-barred brawl between May and Possessed Ward, Coulson is forced to knock out Fitz - leading Simmons to observe that this seems to happen to him a lot. Lorelei gets her muzzle again, but not before she gets to tease Sif about a former lover she apparently stole/killed and also about her poorly-disguised crush on Thor. Sif implies that she'd prefer to just kill her (Lorlelei) and be done with it, but Odin specifically asked that she take her alive. Given that, as of Thor: The Dark World, the "Odin" sitting on Asgard's throne is actually Loki in disguise, that's... interesting, to say the least. 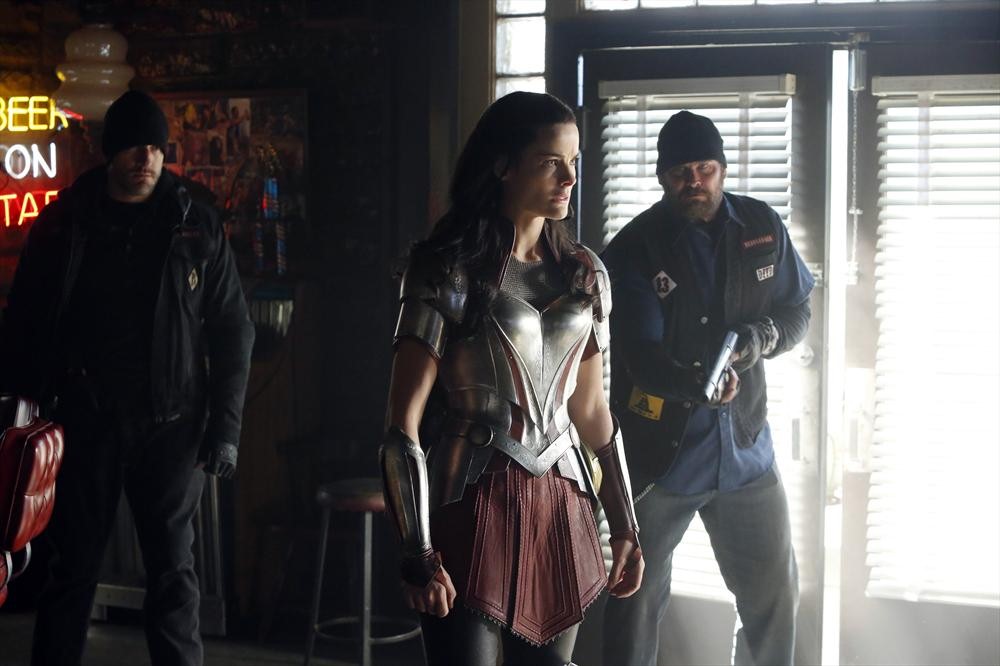 The experience appears to have taken a toll on Ward and May, meanwhile: When he goes to apologize, she essentially tells him there won't be any more playdates. Awww. May also encourages Coulson to tell Skye whatever it is he's keeping from her, so he heads down to the medical bay to spill his guts about The Blue Guy... and what he plans to do about it: He and Skye, separately from even the rest of the team, will run down what's really going on regardless of how many S.H.I.E.L.D. regulations need breaking to do it...

...but a final stinger reveals that they've already failed to keep this on the down-low: The room has been bugged, and listening to their conversation on the other end is: Agent May, who immediately jumps onto an encrypted phone line to inform whoever picks up that "He knows. Coulson knows."

Agents of S.H.I.E.L.D. takes another (sort of) week off, as next week's timeslot will be filled by the Marvel Studios: Assembling A Universe TV special, a "documentary" (read: commercial) about the making and maintaining of a shared-universe film series that aims to get everyone caught back up in advance of the (supposedly) continuity-heavy Captain America: The Winter Soldier.

BUT! Regular episodes will resume on April 1st with the ominously titled The End of The Beginning, which will feature the return of Deathlok, appearances by Agents Hand, Sitwell, Blake, Triplett, Garrett and an yet-unidentified new character named Thomas Nash played by the mighty Brad Dourif.