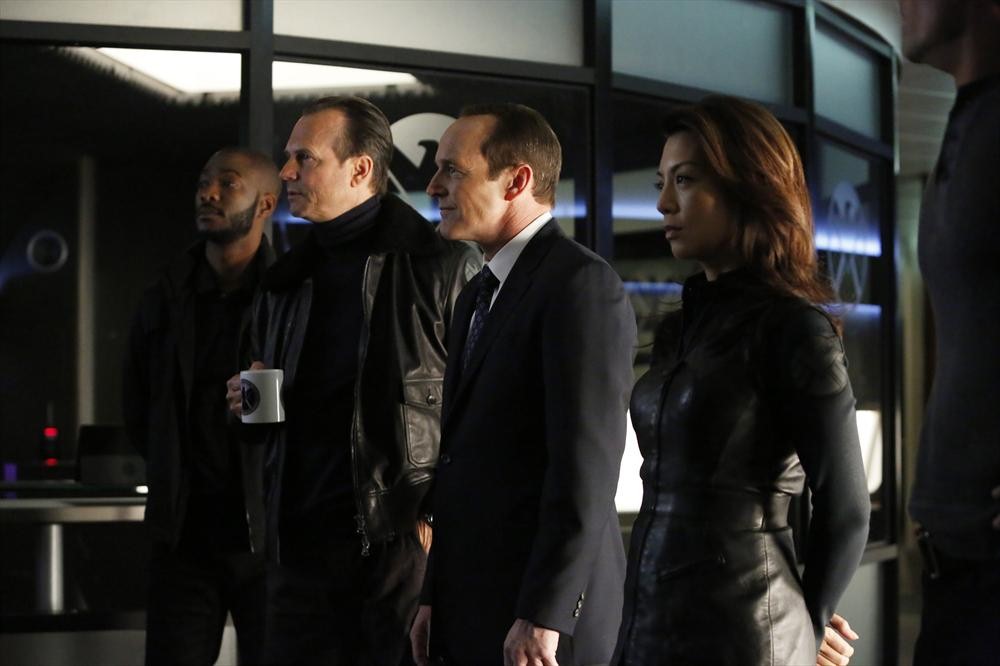 Well, this is awkward.

It's always a given that these recaps feature spoilers for the episodes themselves - I mean, the reason to read these is either because you also watched and are looking for some kind of context or analysis or you didn't watch but want to know what happened anyway, yes? But now we find ourselves in the kind of conundrum that, let's be honest, folks were sort of hoping this show would've forced us to deal with a few times already: What's the protocol for when discussing Agents of S.H.I.E.L.D. puts one in jeopardy of maybe spoiling a Marvel Cinematic Universe movie that has yet to open in certain markets?

As you've no doubt guessed, I've already seen Captain America: The Winter Soldier, (short version: it's good!) and while I won't get into specifics, it's not a spoiler to say that the film's storyline involves things not being entirely on the up-and-up within S.H.I.E.L.D. infrastructure, so there's no real way of avoiding these two entities feeding into each other in some way. The End of The Beginning is time-stamped via a specific minor plot point to take place just before the events of Winter Soldier start unfolding and the film makes no reference to this series (it's a conceit of the show that Agent Coulson's team is operating with a security clearance higher than that of The Avengers), so there's no direct cross-spoilage to be worried about...

...BUT! Suffice it to say that this episode ends with some stuff hitting the fan that one can safely assume must be in some way related to other, bigger stuff that hits the fan in the movie. What that means is this recap is going to have to be a little light on the "what comes next???" speculation. I'm pretty sure that certain major S.H.I.E.L.D.-shaking revelations of Winter Soldier will end up being the answer (or partial-answer) to some of Agents' bigger mysteries and I just don't feel comfortable dropping bombshells like those before the film has even actually had it's U.S. wide-release. Though I will say that one shocker in particular led me to say, instantly, "Well, that probably answers that!" 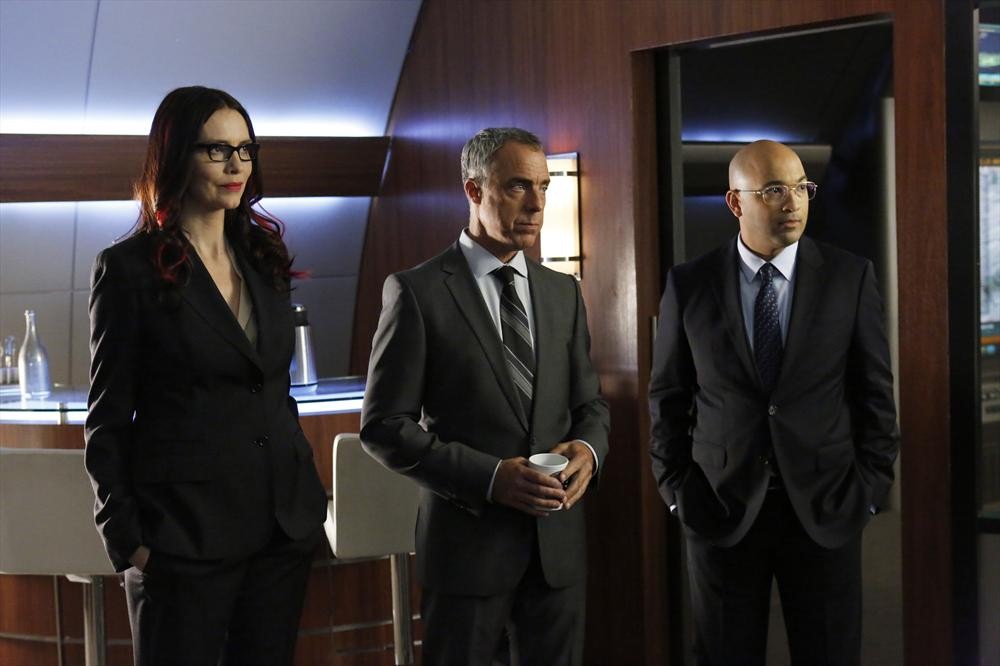 Besides, End of The Beginning, which marks the official kickoff of a season-ending seven-episode storyline called Uprising, is a pretty cool bit of television in its own right. So let's get to it...

For those needing a refresher, the broader meta-plot of Agents of S.H.I.E.L.D. so far goes like this: For reasons yet to be revealed, Nick Fury has secretly used The Agency's access to arcane super-science to bring Agent Phil Coulson back from the dead to lead a small, independent team of agents. Their primary focus is bringing down CENTIPEDE, a criminal organization looking to build their own super-soldiers led by an unseen mastermind called The Clairvoyant who claims to be psychic - a super-power that S.H.I.E.L.D. officially has never confirmed to exist. Skye, an activist/hacker Coulson's team has picked up as a teammate, has been revealed to be (unknown even to her) an unidentified superhuman of some kind whose existence has been hidden from birth. Most-recently, CENTIPEDE has transformed Skye's friend Mike Petersen into the cyborg assassin Deathlok. And Coulson has declared his intentions to take his team rogue after learning that the mystery-medicine used to revive him (and also to heal Skye of a near-fatal gunshot wound) was derived from the corpse of a blue-skinned humanoid creature found hidden in a heavily-fortified bunker. Unfortunately, it would appear that Team Coulson's pilot/human-weapon Agent Melinda May has been covertly reporting on the team to an unseen overseer.

As the episode opens, new characters Agent Garrett (Bill Paxton) and Agent Triplett are on the trail of Deathlok, whom they find but fail to kill. Up on The Bus, Team Coulson welcomes Team Other Recurring Agent Characters (Agent Sitwell, Agent Blake and Saffron Burrows' Victoria Hand) for a summit on Clairvoyant Hunting: He thinks they've been too quick in dismissing psychic phenomena all this time, and thus the mystery mastermind's identity might be sitting in S.H.I.E.L.D.'s reject-pile of folks investigated as potentially gifted but never confirmed as such.

What's more, Skye (whose movie-hacker powers have somehow been promoted to "genius for pattern-recognition") has a plan to run him down despite his apparent foresight: Three teams of two each following up on one potential Clairvoyant double-blind style, one having the address and the other having the I.D. Sounds overcomplicated (it impresses the brass enough that Skye finally gets her official S.H.I.E.L.D. Agent Badge, though), but it's mostly a fake-out. When the team consisting of Agents Blake and May go to look in on a supposedly-comatose reject named Thomas Nash, Deathlok is waiting for them. He beats Blake almost to death, but it turns out Blake managed to shoot him with a tracking-chipped bullet provided earlier by Fitz/Simmons (Team Coulson's adorkable British science-duo.)