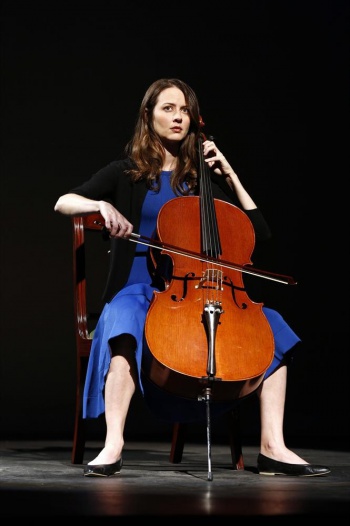 Meanwhile, Skye discovers that Koenig has a tablet computer that lets him track everyone's movements in the base. She's not thrilled, but it gives her an idea: Since S.H.I.E.L.D.'s spy-satellites are all down, she should hack into The NSA and use theirs. The prospect of angering The NSA terrifies Koenig, which - egh...

...okay, I'm sorry. I get that this is the kind of thing that you just sort of have to swallow when a comic/superhero/scifi universe occasionally wants to align itself with real world events (i.e. "Why didn't Superman prevent 9/11?") but that's just dumb. There's no way in hell an extra-governmental spy agency that collects alien weapons and has its own flying aircraft carrier is afraid of the guys who'll maybe tap your phone. Plus, bringing them up just highlights the additional silliness of the CIA or NSA even existing in a universe where S.H.I.E.L.D. already did (the Agency's origin story is clearly modeled on the OSS becoming the CIA in reality.)

But whatever. Ward supports her, so the plan goes ahead - though he's visibly annoyed to discover that Skye's lock on the drive was keyed not just to encryption but to encryption in a specific geographic location. And even though every tween on the planet knows how to turn the GPS tracking off on their phones, this means they have to leave at some point. Good news on that: May fixed The Bus. Bad news: May is taking off. Now that Coulson doesn't trust her, she has no reason to stay. Yes, I totally believe that's the reason; and that she's absolutely not just activating another contingency plan.

Back in Portland: Audrey knows that her rescuers are S.H.I.E.L.D., but doesn't know that Coulson is still alive - in fact, he's nearby monitoring the situation with Fitz, who opines that he should tell her the truth. He won't, of course, because this is yet another way to draw the dead/not-dead mystery out... but he's also not keen on Fitz's plan to use her as bait to draw Blackout into the open so they can zap him with suped-up spotlights "designed by Bruce Banner." Gregg is really good here, but frankly none of this B-plot is as interesting as the business at the base.

In short order, Grant discreetly goes to "talk" with Koenig, after which Agent Cameo appears to have gone missing. Huh. Grant then pours some drinks for a "moment" with Skye, but it's bungled when she finds blood on his neck. Ward goes off to clean "his" wounds, Skye decides to use the tablet and look for Koenig... oh dear.

This leads to a scene that intercuts Skye getting closer to wherever Ward stashed Koenig with a "Cello practice" trap the others (and Audrey) are setting for Blackout. It comes together to a weird moment where a condensed version of the stuff that didn't work from earlier in the season (i.e. the heroes fighting a boring version of a Z-list Marvel villain with a generic weapon they swear is connected somehow to an Avenger) cuts back and forth with a condensed version of the stuff from later in the season that did (i.e. spy-stuff and character-drama born out of the show's own mythos.) Blackout is destroyed, Audrey briefly sees/interacts with Coulson but in such a way that she thinks it was a dream. Skye finds Koenig looking pretty dead, but manages to convince Ward that everything is okay and that they can board The Bus and jet off to wherever they need to be to open the drive, but not before leaving us with the implication that she's found a way to alert the others to what's up.

As a stinger: Agent May is picked up in a car somewhere in Ontario by an older woman who turns out to be her mother, also an Agent but apparently not of S.H.I.E.L.D. (CIA? FBI? Maybe Chinese Ministry of State Security?), who hands her the location of someone May needs to find: Maria Hill.