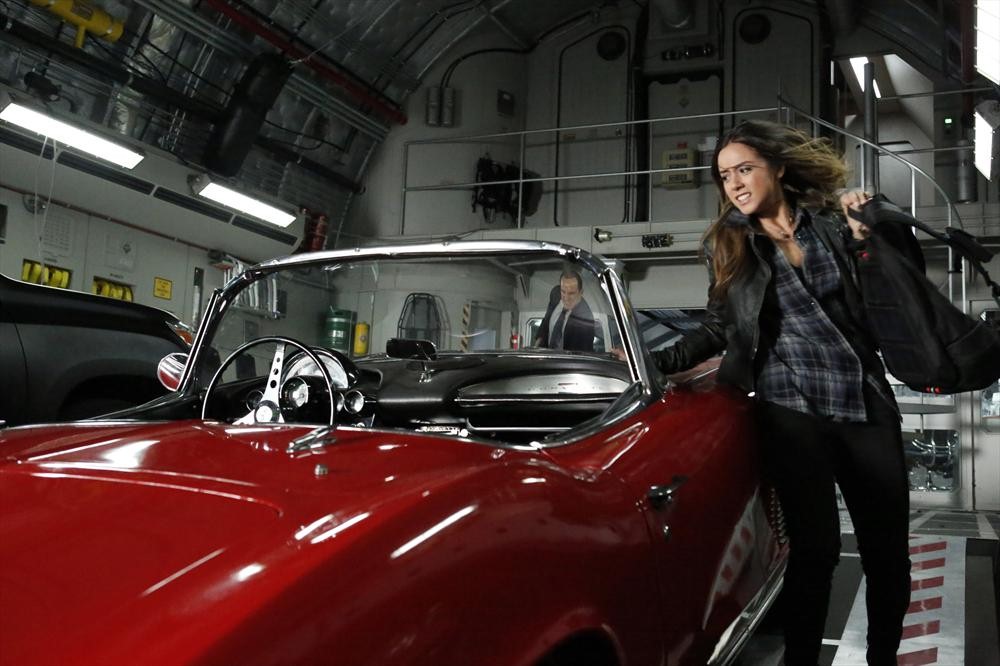 NOTE: As we've discussed previously, it is no longer feasible to discuss Marvel's Agents Of S.H.I.E.L.D. without also discussing spoilers for Marvel's Captain America: The Winter Soldier. Read on at your own risk (especially since I'm also going to spoil the episode itself).

"Huh?" -- Agent Phil Coulson, on finally discovering the answer to the mystery he's been chasing for an entire TV season.

So where are we?

The story picks up in Washington DC with Agent Hill, emerging from a Senate hearing that apparently involved admitting that one of S.H.I.E.L.D.'s assets was The Man-Thing. While on the phone with Pepper Potts (or someone named "Piper," but Pepper makes more sense given subsequently-repeated information from the movies) she makes note of obvious FBI tails... but then sees that they've been rendered unconscious.

This is May's handiwork, and the two catch up over some exposition about Hill going to work for Tony Stark for the benefit of anyone who didn't see Captain America: The Winter Soldier yet. Question: Why did May need to ask her (also a spy) mom for help locating Maria Hill last episode if she's publicly testifying before Congress? Either way, the meetup seems to be for naught - Hill doesn't have the answer May is looking for: If not Fury, who was in charge of T.A.H.I.T.I. (the alien-blood medicine program)?