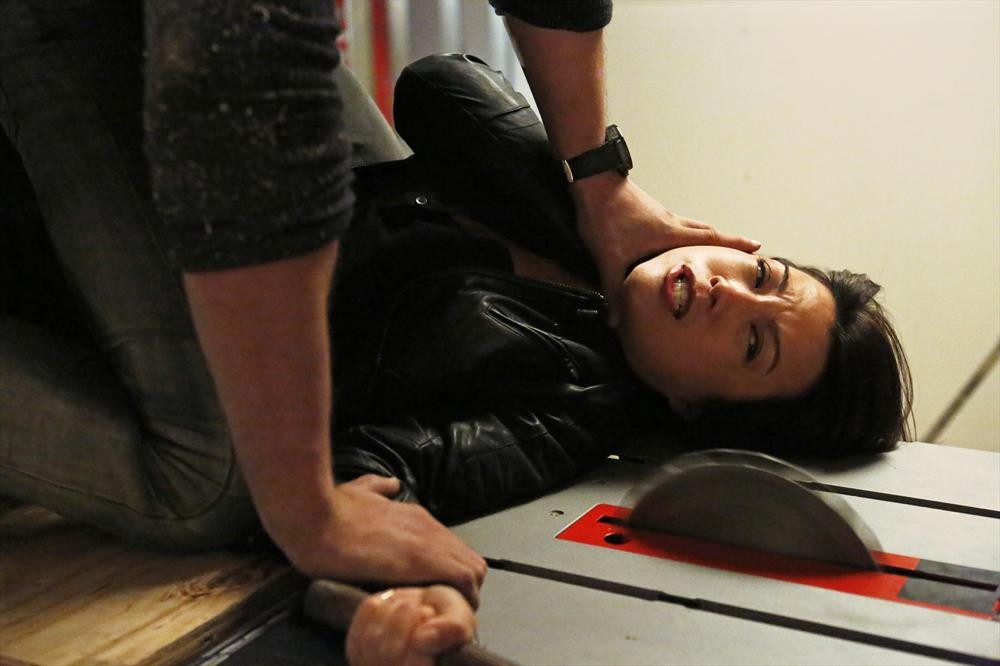 Oh, wait a sec... With the Cybertek "crime scene" momentarily empty, Garrett's "corpse" crawls up onto the Deathlok-making machine and gives itself a shiny new cyborg body. "Now I'm unstoppable!" rants cyber-Garrett... right before Coulson casually blasts him to atoms using that Peruvian HYDRA laser from Episode 2 ("Hey guys, I found it.") Because, after all, this is Whedon Country.

Finally, the part we were waiting for: Coulson finally gets his "why" from Fury, and it turns out it really was as simple as Fury considering guys like him the "heart" of S.H.I.E.L.D's original ideal. He also assigns him a new mission: Take his team and a "toolbox" of Fury's remaining secrets and rebuild The Agency from the ground up, preferably HYDRA-free this time. He also gets a new title: Phil Coulson, Director of S.H.I.E.L.D. Awwww.

Simmons reunites with the team, but Fitz is nowhere to be found - "He's... alive." is all we get. Where are they? Another Fury secret base, "The Playground," manned by... Patton Oswalt's previously very dead Agent Eric Koenig? Well, sort of - this is Billy Koenig, who looks just like Eric, says a lot of the same things (as in whole sentences) and doesn't seem too broken up about the other one dying. We'll come back to that.

For the first of two stingers: Raina walks to a dingy apartment, where a burly door guard grants her entrance. She's meeting what appears to be either an elderly or infirm man seated with his back to the camera. We only get a good look at his hand, which is humanoid but misshapen and dripping with an oily black slime. "I found your daughter," she says, handing over a photo of Skye.

Stinger #2: Coulson can't sleep, so he takes a walkabout and notices Garrett's weird drawing from earlier. He finds a wall, takes out a pocket-knife and starts carving, eventually making a whole massive "alien" equation/map/whatever of his own. Uh-oh...