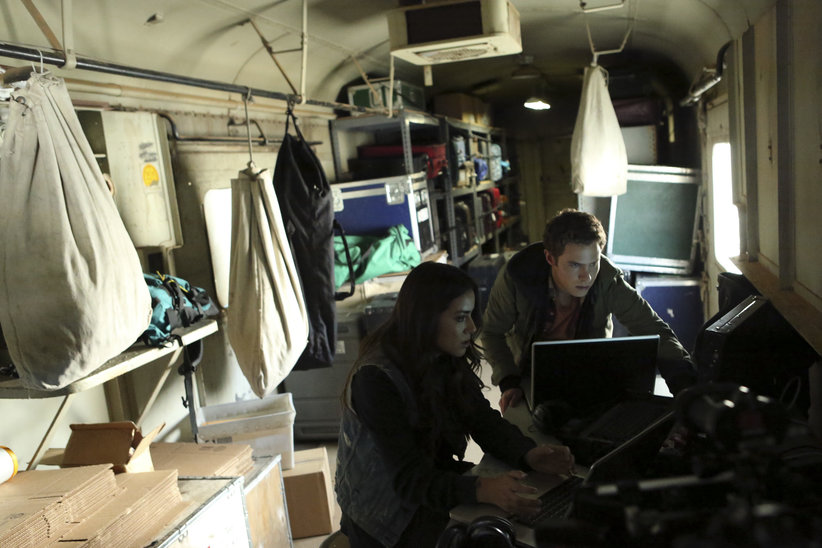 Episode 13: T.R.A.C.K.S
T.R.A.C.K.S didn't hold up as well as I thought it would on original viewing - which is weird because I was figuring that foreknowledge of what's happening behind the scenes (in MCU timeline terms) about to spill-over into Captain America: The Winter Soldier would elevate everything from Seeds on... but no.

It turns things around in the third act, but the fractured timeline gimmick doesn't really serve any purpose. What's left is a pretty decent action episode elevated by the return of Mike Peterson (and the beginning of his rebirth as Deathlok) and the "Skye has been fatally shot maybe" cliffhanger. 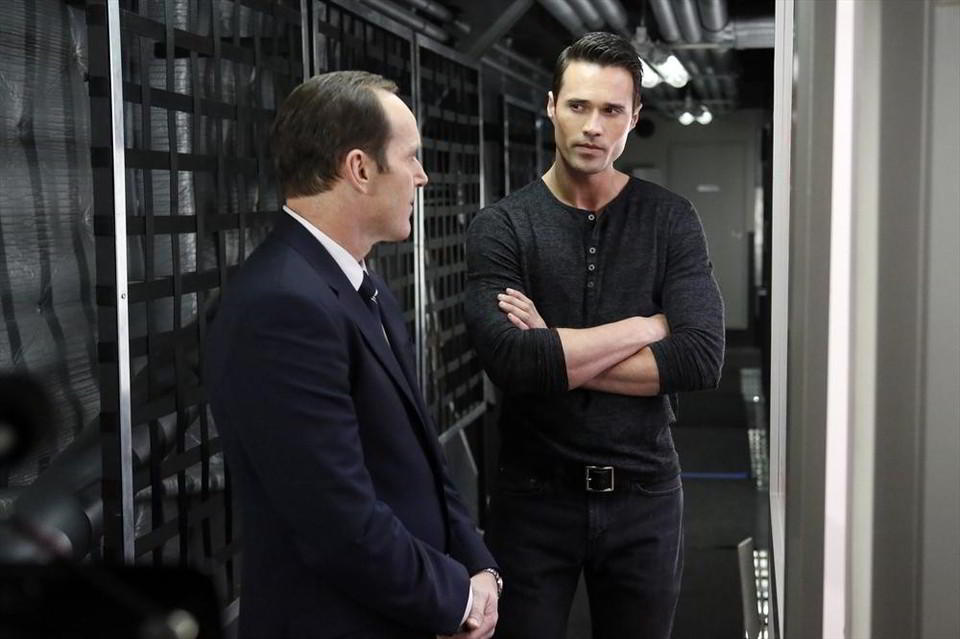 Episode 14: T.A.H.I.T.I
The final big "mythology" episode before everything goes to hell in the aftermath of Winter Soldier, and you can already see the "we've finally figured this thing out" pieces clicking into place. The team are gelling as an action unit in the race to avenge/cure Skye, Bill Paxton and BJ Britt debut as Agents Garrett and Tripp and instantly feel like key building-blocks that should've been there all along and the only note that felt "off" on initial watching (Ward and Garrett killing those two guards at the secret hangar) makes a lot more sense now.

This is also, of course, where we get the big curveball that the serum that revived Coulson (and subsequently Skye) is apparently the blood of a dead, blue-skinned alien(?) humanoid under S.H.I.E.L.D. lock and key; a mystery that gets sidelined for the more immediate events of the season's protracted climax but will surely play a big role going forward. Either way, the series was pretty much on fire from this point on. 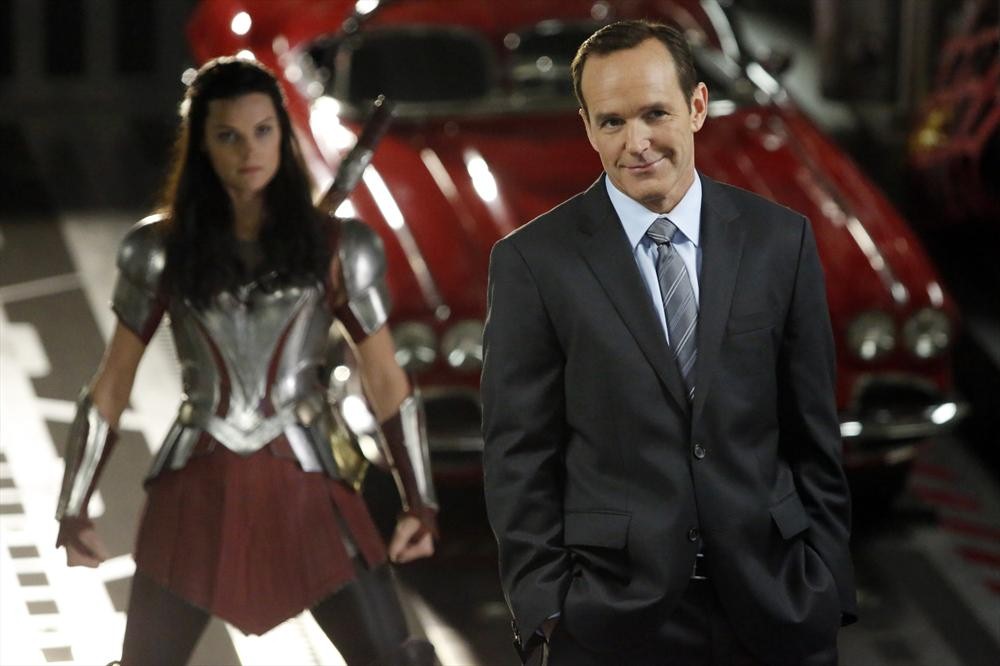 Episode 15: Yes Men
Not the best episode, but the best use of a movie cameo that isn't Nick Fury yet. Jamie Alexander makes a fun star turn (beaming in from the Thor movies to battle Lorelei, and it's a nice sorbet before all the Captain America: Winter Soldier fallout to see The Agents roughing it up with the swords & sorcery side of their universe.

Continuity wise... it does kind of a feel like a story that could've stood to come earlier in the season. As is, it feels like a weird (if amusing) interruption - especially considering the heavy focus on (temporarily) mind-controlled Ward.

Next Week:
Captain America: The Winter Soldier turns the entire series upside down, big questions finally get answered and S.H.I.E.L.D. - both the show and the Agency - will never be the same again.