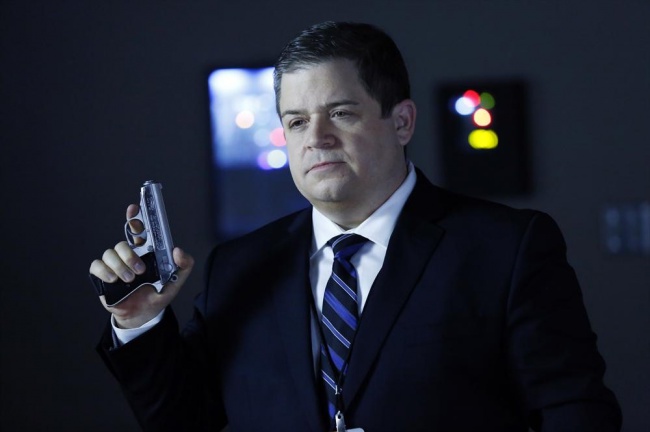 Episode 19: The Only Light in the Darkness
So... it was probably a mistake to try and squeeze a "monster of the week" story into the broader end-of-season narrative, especially since it's really only there to tie up the "loose end" of a pair of references to Coulson's ex-girlfriend from The Avengers. Oh well, at least it gives us time to take note that Tripp and Coulson play off each other well, and we get the great opening scene of Koenig administering a lie-detector test on everybody, so there's that. The big show this time is the tension of waiting for Skye and Koenig to figure out that Ward is evil, and it's worth the watch. 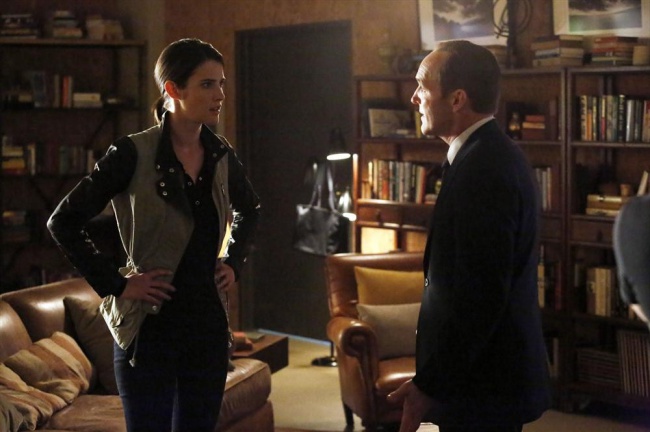 Episode 20: Nothing Personal
Is this episode mostly action sequences and standoffs? Pretty much, but at this point that's the name of the game with everything out in the open. Cobie Smulders pops back in as Maria Hill, Hulk nemesis Glenn Talbot joins the Marvel Cinematic Universe (in the person of actor Adrian Pasdar) and the budget finally allows for Lola the Flying Car to be used again. Seeing Deathlok back in action? Also a welcome turn.

Honestly, though, the best part of this is having the agents just chilling out at some random dive motel while they plot out their next move. It's silly stuff, straight out of the 80s action series the show occasionally aspires to... but at this point it feels earned. It took long enough, but these people are a TV family by now, and you want to see them be okay. 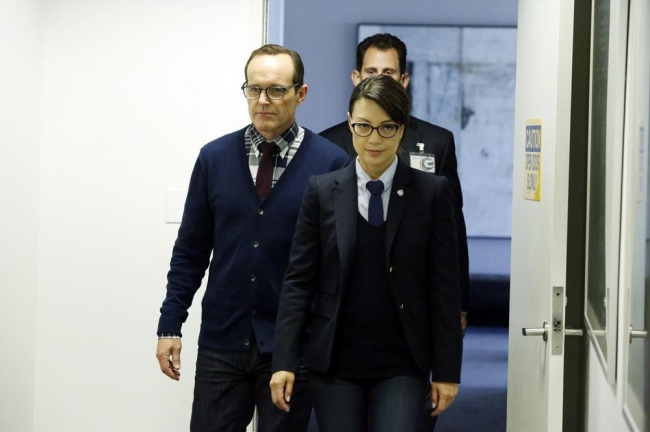 Episode 21: Ragtag
Flashbacks revealing how Ward met Garrett and became Evil Ward? Not exactly earth-shattering. If the goal is to make us vaguely sympathetic to the traitor agent before his inevitable comeuppance, it doesn't really do the trick for me... but added depth is added depth, I guess. It's also a fun tease to hear Raina describe Skye's (potential) more/less-than-human parents as "monsters," even if ends up just being a tease for the next season.

The real treat is seeing The Agents on what feels like a test run for Season 2: A scrappy team on the run (hence the title) using improvisation and old-school spy-gear supplied by Tripp instead of the no longer accessible S.H.I.E.L.D. infrastructure to run down the bad guys. The big reveal re: Garrett (he's a prototype Deathlok, but the mechanics are failing) feels like a bit too much added "stuff," but as excuses for Paxton to start overacting like crazy after a serum-injection go, I'll take it. 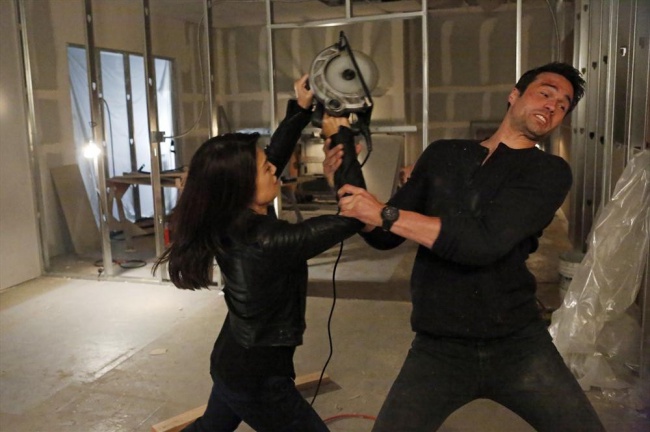 Episode 22: Beginning of the End
It won't displace Seeds as the season's best from where I sit, but as finales are concerned the season definitely went out on a high note. There's almost nothing to complain about here - even the stuff that's still "broken," (re: the super-cheesy "everything is an industrial-park lot in Southern California" location shooting) is kind of charming in this particular context.

Paxton overacts like a madman (and looks to be having a great time) May vs. Ward is the action highlight of the season, Fitz's self-sacrifice is suitably tragic and a fine punctuation to the season-long Fitz/Simmons dynamic, and seeing Coulson bust out the Destroyer Gun again is the best kind of fanservice. And y'know what? As saccharine as the big heart-to-heart between Coulson and Nick Fury is ("The serum was made to revive an Avenger!" "Exactly." Awwwww...) Gregg sells the crap out of essentially being told he gets to inherit Willy Wonka's factory. There's still a lot of niggling questions to go: What is Skye? Has Coulson been negatively affected by the serum, after all? What are those charts he and Garrett are compelled to draw? But it feels like the series is in a good place now...

...sure took long enough, though.

NEXT WEEK: Let's speculate wildly about what could happen next season!