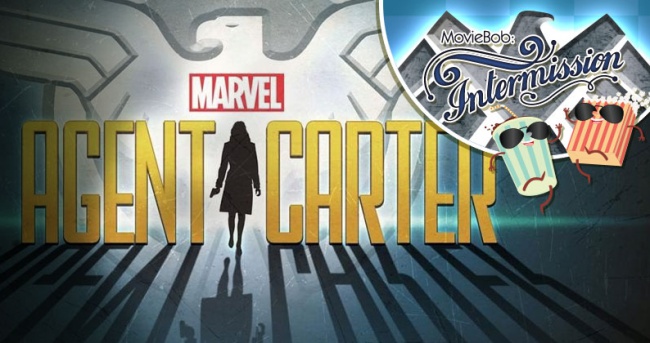 We may not know much about Agent Carter, but this is what the series will need to succeed.

Marvel's Agents of S.H.I.E.L.D is coming back for a second season, but it's not coming alone. As with season 1, Agents will be taking a mid-season break beginning at the end of 2014 and returning early 2015; but whereas last time the series filled that space with reruns and specials, this time the plan is different: The show will be temporarily substituted by Agent Carter, a series spun-off from a well-regarded Marvel One-Shot set in the aftermath of WWII and based around Captain America's onetime love-interest played by Hayley Atwell.

While production details are being held to a minimum (it's rumored that a more detailed reveal will happen at SDCC), as a hypothetical Agent Carter represents the most (theoretically) positive use of Marvel Studio's "universe"-oriented franchise concept: It's hard to imagine any modern TV network giving the go-ahead to a period adventure/scifi/spy drama about a female secret agent facing both the fantastical challenges of comic-book villainy and the all-too-real challenges of postwar sexism. "So it's 24 but starring my grandma? I dunno... we were thinkin' maybe like a singing contest with a panel of judges? Maybe one of them used to be famous?") ...but "set in the world of The Avengers" changes-up the calculation.

On the other hand, the series could also benefit from being (temporally, at least) significantly less tied to the ever-changing events of the Marvel Universe features. A major criticism of Agents of S.H.I.E.L.D. was that the first half of the first season spent a lot of time appearing to jog in place storywise, an issue that ultimately seemed to be the result of having to hold back on key information and specific plot points until after the release of the (concurrently-occurring) Captain America: The Winter Soldier. Being set approximately 60-70 years before the (known) events of the present-day Marvel Universe, Agent Carter is much less likely to face that particular issue.

Finally, it can't be ignored that the timing of the series' launch will make Peggy Carter by default the first female hero - "super" or otherwise - to headline her own franchise in the Marvel Cinematic Universe, though Alias: Jessica Jones is now in pre-production as one of the four Defenders limited-series for Netflix. Even if Marvel were to shock the world and announce Black Widow or Ms. Marvel solo features at Comic-Con, she's still going to hit the air first - and also before DC's yet-unconfirmed Wonder Woman!

That, in and of itself, is a pretty big deal.

To that end, here are three things I'm either expecting to see on the series,hoping to see, or think it will need to succeed and flourish. 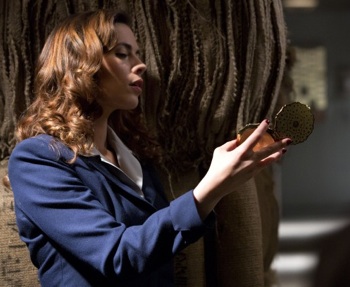 PEGGY NEEDS TO BE A CHARACTER, NOT A SYMBOL
One of the fascinating and rarely-explored aspects of contemporary U.S. history is that the conjoined Women's Rights and Civil Rights movements - usually thought to have arisen in the 60s as a backlash against 50s conformity and paranoia - actually have their roots in the immediate postwar late-40s. The American military, workforce and public were widely willing to set long-held "norms" about racial and gender segregation aside for the greater good of smashing the Axis advance; but when the war was over it was expected that women and African-Americans would settle back into their "proper" places - and that many, having now sampled equality and forward-mobility for themselves - were unwilling to do so quietly were the first sparks of revolution.

That's the milieu that the original Agent Carter One-Shot is firmly grounded in, and it makes perfect historical and character sense: Peggy Carter, having fought on the front lines of an incredibly dangerous frontier of The War few even know existed, now finds her experience ignored and her presence discounted in the day-to-day operations of the overwhelmingly male Strategic Science Reserves. And even though the One-Shot concludes on an optimistic note (Peggy being summoned by Howard Stark to spearhead the founding of S.H.I.E.L.D.) it's fairly certain that she will continue to deal with being a woman several decades ahead of her time.

That's important. But it can't be beginning and end of her character or of the show - and not just because systemic institutional sexism is a villain she's unlikely to "defeat" over the course of the series. If Agent Carter is going to maintain even a semblance of "realism" to its era, there will be more than enough opportunity for Peggy to stand in for the entirety of postwar women in the workplace; so hopefully it won't be forced constantly into the forefront (say, by setting up a specifically anti-woman figure as the villain, for example).