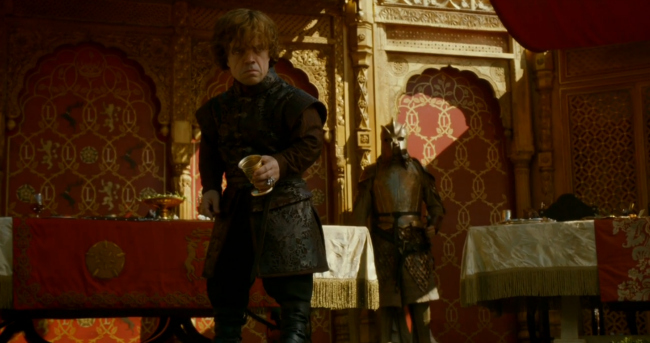 I didn't think it would happen so soon!

Just in case you were unclear, there will be spoilers for the second episode of season four of Game of Thrones in this here recap/review. And, if you haven't already, check you my thoughts on the premiere and watch/listen to our Game of Thrones-Cast discussing the start of season four.

When I imagined the episode structure for the ten episodes of this season, I knew the events of Joffrey's wedding to Margeary Tyrell would have to figure fairly early. Too much occurred after the nuptials for it to be the 9th episode bang that the previous seasons have used to great effect. But the second episode? That's a bit earlier than I anticipated, and I'm actually really glad that showrunners D.B. Weiss and David Benioff now have a substantial amount of screen time to play with in King's Landing. That George R. R. Martin himself penned this episode is no surprise - the death of the series' most despicable boy king could not have a better shepherd than the master fantasist who thought it up in the first place.

But I'm getting ahead of myself - there's a fair bit that occurs in this episode before we ever get to the wedding.