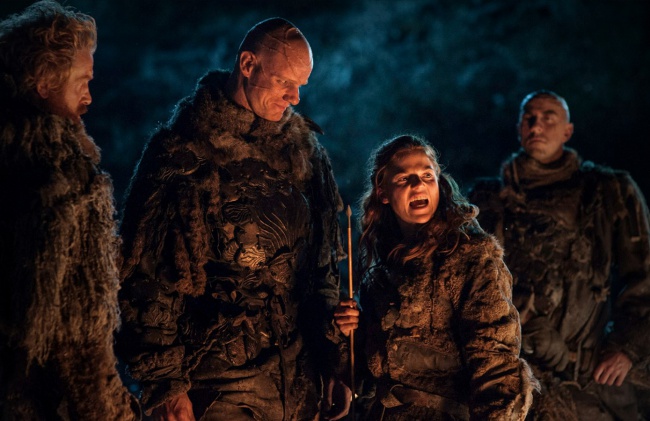 Episode 9 only plods along despite plenty of action.

After so many episodes that combined multiple storylines, it was jarring to spend an entire hour focused on just one event. The series hadn't done this since the season 2 penultimate episode, The Battle of the Blackwater. They brought back the same director to work his magic again, but this time all the elements didn't quite come together as strongly. Admittedly, there were a few stand out moments such as Sam taking charge, Ser Alliser showing why he's in charge, and let's not forget that giant arrow that hit the Night's Watch man so hard that it threw him over the wall. But those didn't add up to a spectacular episode of breathtaking action. Instead, it largely plodded on with those few highlights brought down by just as many groaners, notably Ygritte's final words. On top of that the set of the top of the Wall looked disturbingly fake and the battle scenes in the courtyard just went on and on and on.

The characters progressed somewhat as the Jon/Ygritte story came to a close and the Sam/Gilly story moved forward, but we usually get much more of that kind of drama in every episode due to multiple storylines. Here we get just enough to get us to the next battle sequence.

I'm not saying it was a horribad hour of television, but the show has seriously raised the bar for storytelling on TV, especially this season (still feeling that Oberyn-sting, eh?) and this hour fell short. On that note, let's dig in.

The episode opens with Jon and Sam stuck on the top of the wall after last week's poorly received suggestion by Jon that they seal the tunnels to stop Mance's approaching army. It's cold and miserable and Sam won't stop nagging Jon for details about his night of hot and steamy cave sex with Ygritte. Jon, torn that he may have to kill her, can't find the words that would capture the moment. Sam reveals he's really thinking about his own relationship with Gilly pointing out there may be some wiggle room in the Night's Watch oath about having sex. 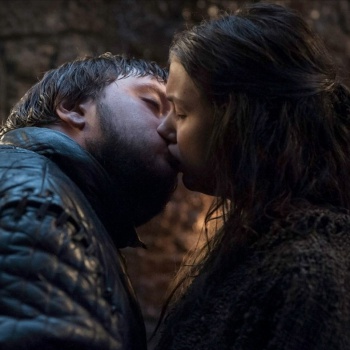 Slightly south of the Wall, Ygritte, Tormund, Styr the cannibalistic Thenn and a pack of Wildlings prepare to storm Castle Black. Thenn questions Ygritte's dedication to killing Jon given she already had the chance and let him live. She stands up to the cannibal to let him know she will kill anyone who gets in her way in taking out Jon. There's also some talk of carnal relations with a bear. I'm not sure what the connection is supposed to be, but I felt compelled to mention it.

Sam then has a fairly pointless scene with Maester Aemon discussing his love of Gilly and fear of impending death. The blind and ancient old man tells a tale of how he was quite the catch back in his day and not to worry. Uh, ok. Though he did reinforce a thought Sam had earlier on the wall when he observed that "Love is the death of duty."

Sam then hears Gilly pleading with Pyp to let her in Castle Black. When Pyp refuses due to orders from Ser Alliser, soft-spoken Sam drops an F-bomb and Pyp lets her in. Reunited at last, Sam swears to never leave Gilly and the baby again and then promptly ushers the two in a musty storeroom and leaves them after getting a kiss from her. Before he can get far, Gilly points out the irony of the situation. He promises her he won't die. Which we all hope he keeps because he locks her in and takes the key with him. Though she shows a lot of spunk, it would have been great if Gilly had shown a little intelligence to warn them of the Wildling army she passed on the way to Castle Black. I'm just saying...

And then the Wildlings arrive.

The large force north of the Wall burn the forest to...uh, announce their arrival? I suppose it's to signal the smaller force south of the Wall to coordinate their attacks. The North contingent is full of cavemen, mammoths and giants many of whom fall under the onslaught of flaming arrows that rain down from the top of the wall. Up there, Ser Alliser has transformed from belligerent ass to belligerent ass who knows how to command a ragtag army of conscripted felons against unbeatable odds. He also admits in front of Jon that he should have listened to his idea of sealing the tunnels under the wall. Oh, GoT writers, how you love to make us hate the ones we love and love the ones we hate.