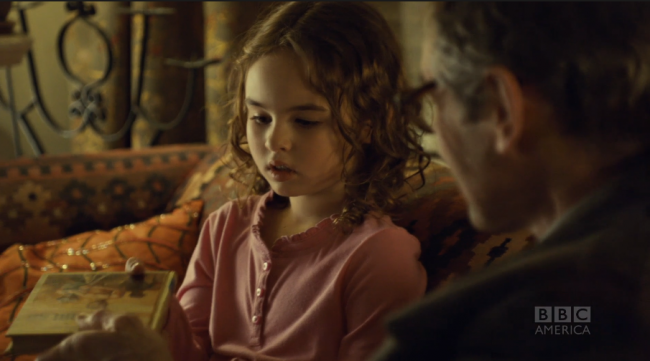 There's a lot going on in Orphan Black episode 8 - but just how are they going to wrap up all of these story lines before the season ends?

Editor's Note: This review will include spoilers, so look out!

Last episode had quite a few important plot points:

As we come up on this season's end with just three episodes to go, we still have some resounding issues to resolve. There's Helena's Prolethean baby, Cosima's illness, Rachel's place in the Dyad now that Leekie is indisposed. All of these questions and more will have be to answered in the next few episodes, although one of the questions I want answered the most (and one I'm not sure will ever be answered) is if we can even trust Cal. Sarah trusts him enough to put her daughter in his care for the majority of this season, which is a quick and easy way to keep her out of harm's way and limit the amount of actual airtime for Skyler Wexler, who plays Kira. But let's be real, it's kind of ridiculous that Sarah just up and leaves her daughter with the man she believes to be her father and then runs off to deal with other things. It's not out of character for Sarah to do such a thing, but it is kind of insane to just trust her with some man she just happened to meet again after eight years of radio silence.

For all intents and purposes, Cal's been a pretty good dad from what we've seen. There haven't been any clues to date that he's an untrustworthy person to have around Kira, but I have some concern about his background and general purposes in this story. Cal's history was pretty glossed over in favor of a few sweet morning scenes between him and Sarah, but let's not forget that he had a heavy hand in creating drone technology that's now being used by the government. It seems like the engineer was simply brought into this show to have a few rounds under the sheets with Sarah and then act as a glorified babysitter. It's more uncommon for characters in Orphan Black to be one-
sided rather than multifaceted and to have this master engineer brought on just to act as a fulltime childcare provider for Kira is a huge missed opportunity. Here's hoping something twists in regards to Cal in these last few episodes.

Now, on to episode 8... This episode opens up with a flurry of activity. A passenger van barrels into a mechanic shop only to produce an injured man named Sammy and...another clone. This clone, interestingly enough, has a very deep voice and what seems to be a small goatee although still looks eerily like Sarah. Fearing the worst about his injuries, Sammy gives Tony, the new clone, a mysterious message for Beth Childs. I certainly wasn't expecting the entrance of another clone in this season nor do I really think another addition is necessary. We haven't seen Helena in two episodes and Cosima's illness is still a major issue to be resolved in this season. I'm sure this new clone will come with some important information, but I just don't see the point adding another clone when there are still so many loose ends to tie up with the ones we already care about. 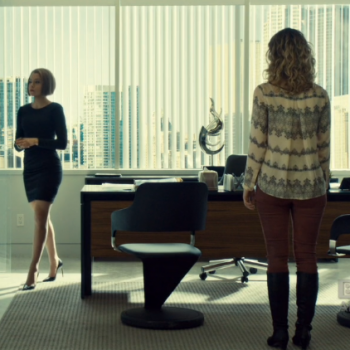 Back at the Dyad headquarters, we get a pretty cool sequence of scenes where Cosima and Scott, after receiving Kira's tooth, get to dive into their science skills. Scott points out that it would make more sense to obtain the stem cells from the donor's bone marrow instead of her teeth, but I doubt Cosima even thinks of that as a real option. Kira is extended family for Cosima and she's already experiencing a moral dilemma in even using Kira's teeth for treatment. Bone marrow has got to be out of the question.

Meanwhile, Rachel informs Delphine that Aldous Leekie is dead from a fatal heart attack. Rachel also informs Delphine that she's aware of another route for a possible cure to Cosima's illness, which in turn means she's also very aware of the role Sarah and her daughter now play. I believe there are three sides of the Leekie death story: what Rachel believes has happened, what Rachel is telling other people, and what actually happened. This falls pretty easily into the second category, as I think Rachel really believes that her assassins got to Leekie and I don't think that her knowing his actual fate would change the story she told anyone else.