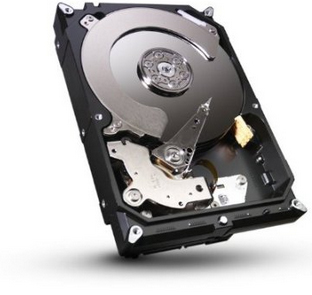 Western Digital and Seagate, ever locked in their Storage Cold War, offering nearly identical drives these days. The 1 TB-size Seagate Barracuda and Western Digital Blue drives both have two-year warranties, and can be found for under $60. It just so happens that the Barracuda is about eight bucks cheaper right now, hence its inclusion on my part list.

This is the drive where most of your games will live, along with backups of documents, photos, and blackmail material. The Barracuda packs 64 MB of cache, spins at 7,200 rpm, and uses the latest SATA 6 Gbps connector (not that a mechanical drive can use all that bandwidth). 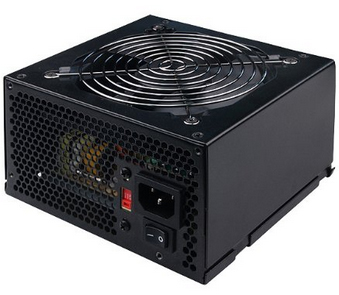 UPDATE: The Rosewill Capstone-450 is now available on Newegg for $49.99 after a $10 mail-in rebate card. I would absolutely buy this unit over the Stallion I originally recommended. It's more efficient, comes from a more dependable OEM (the company that makes the unit which Rosewill puts its label on), and it has two PCI Express power connectors instead of one.

Original Recommendation: Budget PC or not, you don't typically have to go crazy with your power supply. You want something reliable, but builders more often than not pack in a power unit that provides way more wattage than necessary.

Our PC will be just fine with a 450W power supply, and Rosewill's Stallion series offers that power reliably, and for a penny under $50. One PCI Express connector means you'll be using a 4-pin/Molex-to-PCIe converter if you want to run a second GPU, but that might not be possible on a 450 W PSU, anyhow.

I chose the Stallion for its price, but if you want to spend $15 extra for more efficiency, and more connectivity, check out Rosewill's 450W Capstone unit as well. 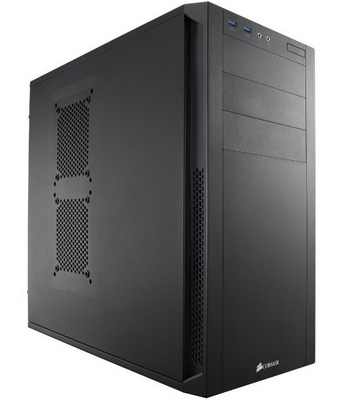 The Carbide 200R from Corsair is exactly what a PC case needs to be, without anything I would consider a frill. Two USB 3.0 ports on the front (along with audio in, out) plays nice with our MSI motherboard choice, and the two included 120mm fans will keep air moving without any additional investment (and Corsair fans tend to be fairly reliable, too).

The 200R also has the two features I always want in a case, budget build or not. First, this Corsair model has a hard drive cage that's mounted sideways, so the front of the drives are perpendicular to the front of the case. This makes getting drives in and out easier, and positions the cables so they can be neatly routed behind the motherboard tray. 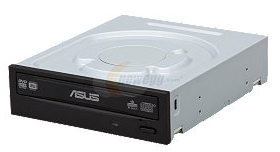 There's not much to say about this DVD burner. It's under $20, it burns DVDs, and it's the highest-rated DVD burner on Newegg -- a 5/5 rating with over 5,000 reviews. Seems like a no-brainer to include, yeah?

Now there's a good chance you could have some elbow room on your build, and it's pretty easy to see where improvements could made made. You could go with higher-speed memory, so DDR3-1600 or DDR3-1866 instead of the DDR3-1333 I chose. You could also bump up the drive sizes, from a 120 GB SSD to 240 or 250 GB, or get a 2 TB hard drive instead of a 1 TB option. You could also shoot higher up the GPU ladder, opting for an Nvidia GTX 760, or AMD R7 270X. But if $750 is your hard target, this PC should serve as a good reference point. Happy building!