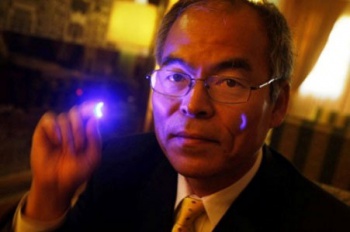 Shuji Nakamura is another relative unknown, which is a shame, particularly as he's the only living technologist on this list!

Nakamura developed blue LED technology, which in itself, doesn't sound so amazing, until you realize that without blue LEDs, we wouldn't have Blu-Ray, the technology utilized in all current home console systems. (While Nintendo's Wii U runs proprietary Wii U optical discs rather than open-standard Blu-Ray formatted discs, the technological specifications of the two platforms are effectively the same.) Have fun pulling that GameCube out of the closet; that's the best it'll ever get without Nakamura.

On top of all that, after Nakamura's employers stiffed him over the bonus for his creation, he went ahead and sued 'em - and won. Ever want to stick it to your boss? Well, this guy did it! Is he a hero, or what?

Nakamura lives in California. Next time you're out there, why don't you go buy him a Coke? 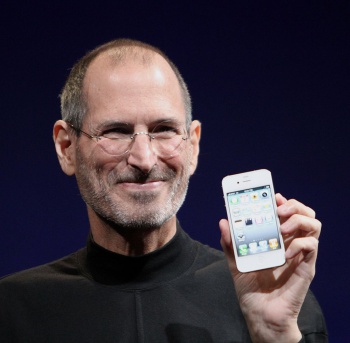 This one is sure to bring up some grumbles. But seriously, all fanboy/hater groveling and grumbling aside, Jobs did a lot to shape how we view technology.

User-friendly computers; touchscreen, multi-function phones; downloadable app stores - Jobs' visions of how things could be are now effectively how things are. Odds are, you're benefitting from one of his ideas right now, as you read this. How's that for impact?

Have something - or someone to add? Comment away, or feel free to drop us a line - we'd love to hear from you! You can reach us via our web page at http://conqueringtheelectron.weebly.com.

Eric Brach has a twin background in business and writing. He has written scripts for Nintendo Wii games and articles for The Onion and numerous other newspapers, magazines, and journals across the country.

Dr. Cheung and Brach are also co-authors of Conquering the Electron: The Geniuses, Visionaries, Egomaniacs, and Scoundrels Who Built Our Electronic Age.