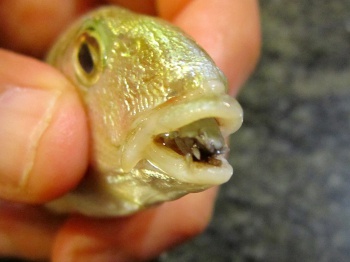 You might have heard about the Cymothoa exigua before, or as it's more commonly known, the tongue-eating louse. Yes, that fish you're seeing has a separate creature as its tongue; the females of this parasite destroy the tongue with their claws, feeding on the blood. Once the tongue has atrophied, they literally attach themselves to the stub muscles to replace it.

What you may not know is that for the most part, the fish is usually okay with this. Sure, the Cymothoa exigua may spend its time feeding on blood or mucus to survive. But for the most part, fish can continue using Cymothoa exigua as its normal tongue. After all, killing the fish doesn't really get it anywhere in terms of future reproduction, so they end up with a bizarre working relationship. 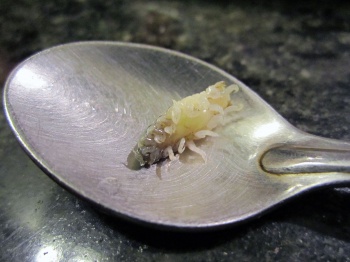 Speaking of reproduction, Cymothoa exigua is also unique in that it can change sex. From what we can tell, most newborns arrive as males, but can turn into females after reaching 10mm in length. Meanwhile, the males like to hang out in the fish's gills, which is probably where mating occurs. Because it's awkward to get in there, scientists aren't entirely sure how they reproduce and spread their eggs, but if the fish doesn't mind... win win?