Much has happened in the world of tech in 2014, both positive and negative. Revelations of a seemingly unfixable USB malware bug, for instance, will surely impact the way files are shared in the months and years ahead. Rather than dwell on the disheartening, though, let's review the positives and stake a claim as to what they may mean for 2015.

Once confined to the realm of science fiction, here are four fresh and emerging technologies that will shape our near-future.

Look, we all know Google Glass makes you look like an idiot, and what's more, other people kind of hate you for wearing it. But from a purely technical perspective, optical computing technologies have made real strides. Oculus Rift may not ever function quite like the immersive VR shown in that 1994 Michael Douglas flick, Disclosure... but then, that may not be such a bad thing.

Already, police are using Google Glass to help fight crime via facial recognition software, and increased public safety is surely a plus. Let's just hope it doesn't breed the kind of intrusive governance we saw in Minority Report - or that level of invasive personal advertising.

Most serious runners have all-in-one devices that combine speedometers, pedometers, heart rate and GPS trackers, allowing for better collection and tracking of data to improve training and performance. It's a testament to improving tech that once-pricey, bulky systems have been transplanted to affordable, wearable devices.

These have become so ubiquitous, in fact, that their ever-growing fan base keeps managing to find new uses for these gadgets - including humor. See, for instance, Claire Wyckoff's delightful San Francisco running trails (NSFW) to get a taste of what a clever mind can do with this gear. 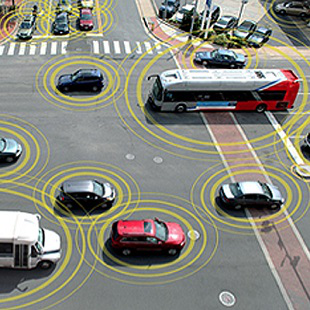 The "D-word" has become a tainted one, thanks to casualties caused by governmental use of unmanned aerial vehicles in combat. But regardless of your position on military applications, mobile automated machines have proven themselves to have real utility. Already, driverless cars show promise for a future with decreased traffic congestion, increased productivity and leisure, and fewer accidents. Let's just hope they don't lead to the rise of the machines.

The previous three technologies are already here - but what does the future hold? No one can know for certain. That said, non-invasive brain wave monitoring technology seems to show promise. Already used for years in simple applications such as sleep monitoring, it may one day be used to control lights, play games, and even help amputee patients mobilize artificial limbs!

If that sounds far-fetched, it shouldn't. Renowned physicist Stephen Hawking communicates by relying on infrared scanners to pick up minor twitches in his facial muscles, and even 30 years ago, Nintendo made a special accessible game controller that allowed players to input commands with their tongue. If humanity can indeed devise more methods to impact the world physically without the need for tactile input, it might pave the path toward a very different future.

Derek Cheung and Eric Brach are the authors of Conquering the Electron: The Geniuses, Visionaries, Egomaniacs, and Scoundrels Who Built Our Electronic Age.