All the fat that's fit to measure 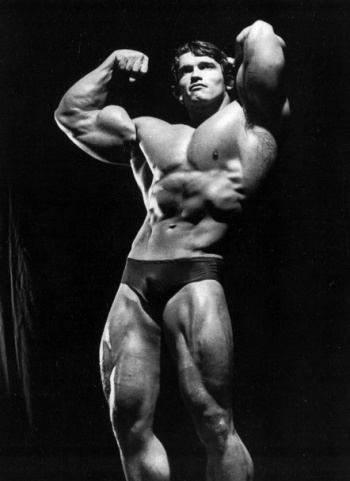 In 1971, Ancel Keys published a comparative study that considered all of the available ways to talk about relative weight and obesity. Key's analysis looked at many different ways of measuring obesity and compared them based on their ease of use, how well the method removed the dependency of weight on height, and how well the method indicated "body fatness." Keys considered several more direct measurements of fatness, like body density (which requires each person to be measured under water) and skin fold thickness (measured by calipers). Both methods require more work to record - no one's going to jump in a pool to measure body density for their passport, while height and weight are easily available.

Plus, both measurements make assumptions about our bodies. Body density doesn't say anything about the composition of your body (fat, muscle, and bone all have different densities), and skin fold thickness assumes that fat is distributed evenly over the body, which it is not. Keys looked at the same ratios of weight and height that Quetelet considered, and a few additional ones including the ponderal index (height over the cube root of weight), and applied them to several existing samples (totaling measurements from 7426 men). Of all the ratios considered, Quetelet's Index was the least correlated with height, and was reasonably well correlated with both body density and skin fold thickness (for the studies where those values were available). Keys proposed that Quetelet's Index be renamed the body mass index, and recommended that it be used for studying populations. BMI was on its way to becoming the default for researchers looking at height and weight data from many people.

In his conclusions, even Keys himself noted that BMI and other descriptions of relative weight and obesity can break down when applied to individuals. Commenting on the general trend for people to gain weight as they age, Keys observes, "The characterization of persons in terms of desirable weight percentage has resulted in attributing to 'overweight' some tendencies to ill health and death that are actually only related to age." BMI is usually recommended only for use for people age 20 and up, who have largely finished growing in terms of height, but it also can lose accuracy for the elderly. A low BMI, rather than a high one, is more strongly correlated with mortality for people over the age of 60, and osteoporosis studies suggest that elderly people with higher BMI ("overweight" or "obese" ratings) may have a reduced risk of bone mineral loss and increased bone fragility that leads to osteoporosis.

BMI also breaks down for athletes. Muscle is more dense than fat, so athletes often rate higher on BMI because of their increased muscle mass. Take for example Arnold Swarzenegger at age 21, who at the peak of his time on the body building circuit weighed 250 pounds and stood 6 feet 2 inches tall, giving him a BMI of 32.1, or obese. Not something you want to tell Mr. Universe!

While BMI clearly has problems, in 1997 the World Health Organization endorsed its use. In 2000, the WHO issued a technical report on obesity, which explains in detail why BMI should be used and notes many of the problems that we've discussed here. In discussing all of its cautions for the use of BMI, the WHO calls BMI "the most useful, albeit crude, population-level measure of obesity." The WHO report goes on to note that ethnicity is also a significant factor, and that health risks will vary based on heritage. A later WHO report, published in the Lancet in 2004, shows that risks associated with obesity, like type 2 diabetes and cardiovascular risks, didn't line up with the cut-offs points for "normal" weight and "overweight" BMIs when considering Asian and Pacific populations.