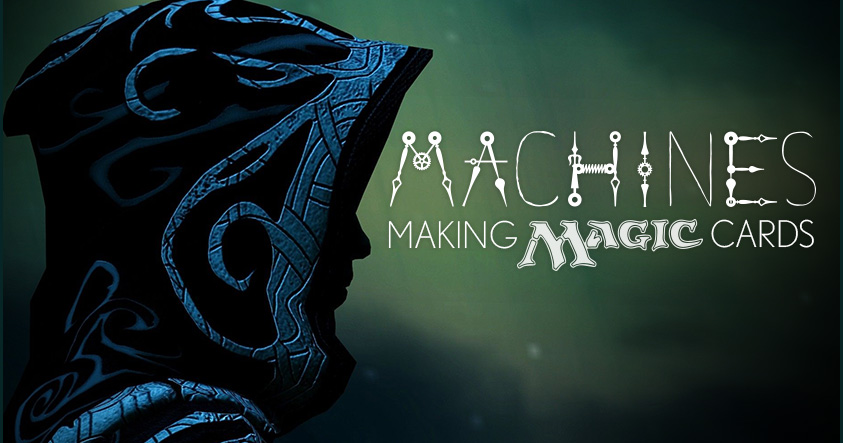 In celebration of the release of Terminator Genisys, I have come to tell you that, yes, robots are going to take over humanity one day. In fact, that's the entire story of humanity's relationship with technology, one where human labor is slowly phased out and replaced with cheaper and easier to maintain machine labor. So Skynet doesn't have to nuke us or build a gigantic army of kill robots. It just has to be better at what we do than we are. Already robots and computers have replaced us in doing factory work, complex calculations and data management, and even stock trading, and while we fragile humans believe we are safe in creative endeavors, because only humanity can harness the spark of inspiration, we are so totally wrong! Computers have already been programmed to produce visual art, music, and poetry, and now, they can even design our games for us. The machines are coming for Magic: The Gathering!

By that I mean, a number of Magic: The Gathering fans (lead by "Talcos" on MTG Salvation) have programmed deep recurrent neural networks to create new and interesting Magic cards. No humanity required. Mark Rosewater, your job is in jeopardy. Come with me if you want to live!

So how do you teach a machine to be creative? A good way to start is to mimic the human brain, which is basically what recurrent neural networks, or RNNs, do. 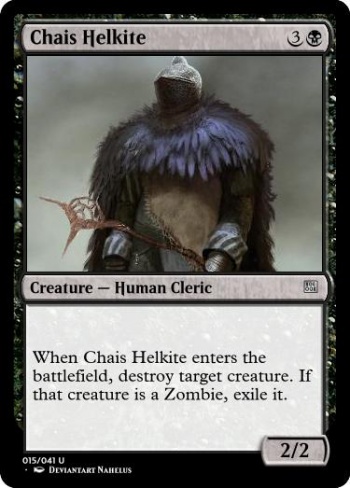 Bear in mind, I'm not a computer scientist, but I'll do my best to describe, in simple terms, what an RNN does, to the best of my understanding. Essentially, any neural network will take a set of information and start looking for patterns. The patterns that it finds are then stored, much as your brain would store say, visual information when you look around a room. That information then starts to decay over time, eventually being deleted if nothing reinforces it. If we were to use the human brain as an analogy, this is why you don't have a photographic memory of everything you see all the time. Your brain quickly forgets things that aren't reinforced. However, for things you see over and over again, details start to stick in your memory, and a computerized neural network operates very similarly. As patterns repeat, that information doesn't decay, and you eventually end up with a set of information that means something and that is very similar, if not analogous, to actual learning. (For more information on how RNN's work, check out this informative talk by Alec Radford.)

Note, however, this is not exactly the same as human learning. RNNs like the one we will be talking about do not understand the concepts expressed by the data they are given, concepts that we as humans would find second nature. For example, even though this RNN can create Magic cards, it has no idea what the rules of Magic: The Gathering are. For that matter, it has no idea what the English language is, and can apply no intrinsic meaning to words, or even recognize that a string of characters is a word. It doesn't even really have a concept of math. Numbers are just symbols to an RNN.

What it does know, however, are patterns. It can find patterns, and recreate those patterns in novel ways. That's essentially the same thing we are doing when we create Magic cards. We know that two mana gets us a creature of about 2/2 power and toughness. Why? Because we have seen other creatures with that same mana cost and power and toughness in the past. We just have these extra layers of understanding, which describe what power, toughness, and mana actually mean.