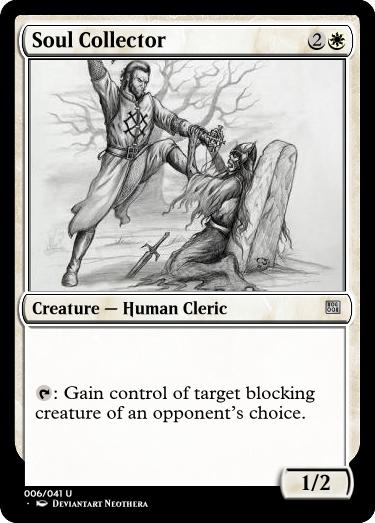 Here is an example of the RNN becoming very creative. Since blocking defensive and we see abilities that correspond to blocking in white, it allows this creature to allow you to gain control of an opponent's blocking creature, but only one of their choice. This puts all of the opponent's creatures at risk when they block, and he will be forced to block with more creatures than he would normally, so that he has more of a choice when you activate the ability. This card actively encourages group blocking which is something few cards in Magic have done, showing that an A.I. can conceive of mechanical interactions we haven't even thought of. 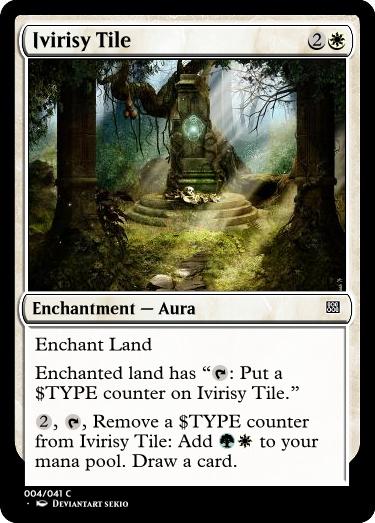 An enchant land that turns the land into a mana filter that draws cards. Once again, an example of the RNN putting together mechanics we haven't thought about using before. Needing to tap the land to get counters makes its mana fixing ability slow and makes you give up the mana you would otherwise use the land for, but being able to cash them in for cards later makes this enchantment worthwhile.