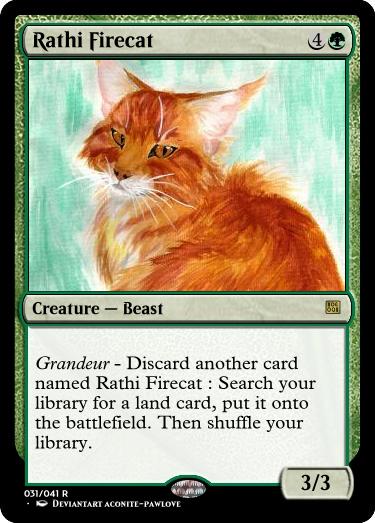 Another example of the RNN getting everything right. It gives us a semi decent beast that allows you to discard further copies to land accelerate, all things that fall under green effects. 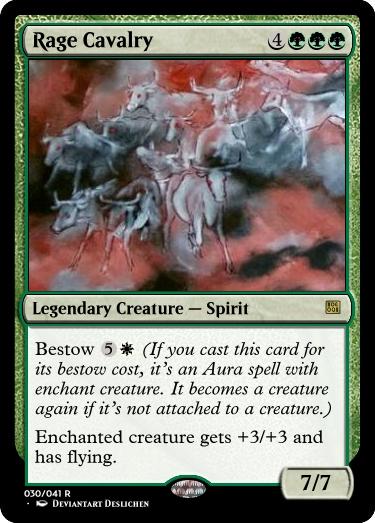 A very interesting example of the RNN fooling around with color. When cast as a creature, Rage Cavalry is a difficult to cast 7/7, due to its GGG cost. When bestowed, however, it becomes a white enchantment with a white cost. Then, you'd probably look to make your humble +3/+3 flying creature die, so that Rage Cavalry can burst out of it as a 7/7 without having to pay the three green, but since your creature has flying, it will actually be pretty good at avoiding blockers and not dying. A human would probably never make this card, even though it is fully on color, because the thought of making a bestow effect a different color than the creature it's on probably just wouldn't occur to us. This is what happens when you let a computer with no biases fool around with mechanics.