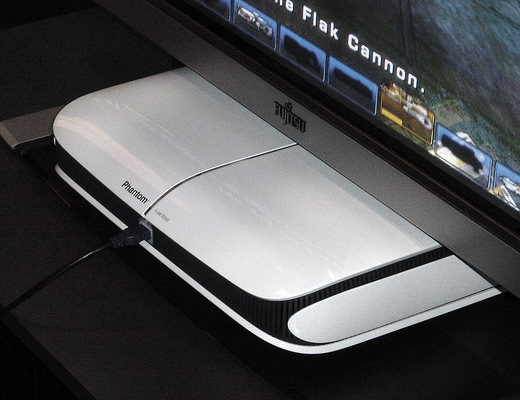 Rarely has a console been so aptly named as the Phantom. At the start of 2003, a newly founded company called Infinium Labs announced plans for a new game console that, instead of playing games on CDs or cartridges, would download them directly from the Internet via a broadband connection. Old hat now, but back when consoles with any online functionality at all were a novelty and Steam was a glorified Counterstrike patcher, that was a bold idea.

It would revolutionize gaming. It could play PC games, while providing the simplicity and ease of use of a console. It would be the most powerful console on the market. It would have 5.1 surround sound. It would cost less than $400. It would put a library of thousands of games at your fingertips, instantly. It would be available in little more than a year. It would probably provide a limitless source of cold fusion energy and bring lasting peace to the Middle East, too. 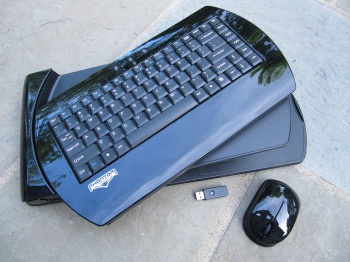 Meanwhile, Infinium Labs was busy suing computer news website HardOCP for publishing a critical article, and then failing to comply with court orders to produce financial documents during the subsequent legal proceedings. And being fined for stock fraud by the Securities and Exchange Commission. And stiffing their office landlord and other creditors out of hundreds of thousands of dollars. And repeatedly failing to even show up in court after being sued by said creditors. And paying employees with increasingly worthless Infinium Labs stock instead of actual money. And finding a new CEO after founder Tim Roberts signed a consent decree promising to not serve as an officer of a publicly traded company for five years to avoid possible federal prosecution for the aforementioned stock fraud. And... Well, you get the idea.

By 2008, Infinium Lab - renamed Phantom Entertainment, perhaps the most unintentionally accurate company name ever - had suffered net losses exceeding $70 million and appeared no closer to actually producing a console than before. They decided to scale back their ambitions and instead release the Phantom "lapboard," a combined wireless mouse and keyboard designed for use on a couch. Makes sense for something originally intended to be used with a console style-device plugged into a television that could also play PC games, right? What made less sense was paying Phantom's asking price of $130 for the thing. Few did.

Phantom Entertainment apparently still exists. At least, their website does, though it hasn't been updated since late 2011. Perhaps their webmaster got tired of being paid in stock.