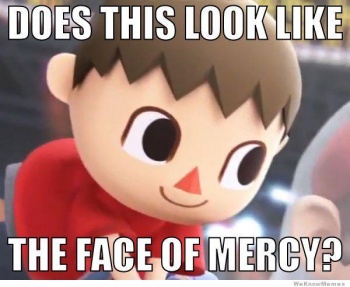 Shubeck admits there is an element of mystery to how the variables interact, but they did find a few predictors that were statistically significant in determining success. Shorter memes were 2.8 times more likely to be successful. More unexpectedly, the researchers found that memes containing swear words, which the scientific literature shows have a memory advantage over neutral words, were 1.77 times less likely to be successful. "We were a little surprised," Huette says, "but then figured that people communicating with friends and family may not want to use taboo words."

Oren Tsur, a post-doctoral researcher at Harvard and Northeastern Universities has used a similar approach in determining which hashtags become popular on Twitter. His 2012 paper described one of the earliest attempts to use a machine learning algorithm to predict the spread of memes based on linguistic content. In addition to linguistic factors such as emotion words and pronouns, his work also shows the importance of orthographic differences, such as capitalization to explain, for instance, why the hashtag #saveTheNHS was more popular than #savethenhs, despite the extra physical effort of typing capital letters. "People are lazy and want to use the simplest hashtag," Tsur explains. "On the other hand, if a hashtag is all lower case, it is too hard to read. We don't know what people prefer, but the algorithm finds a balance."

The ability of these machine learning models to find a balance between multiple factors is one of the most promising aspects of this work. While no single linguistic feature can determine a meme's success, and scientists have not yet articulated a winning formula, these models are able to learn how several psycholinguistic elements taken together and interacting in complex ways improve a meme's chances. "It is likely that some features contribute very little and some contribute a lot more," says Huette. "It is really about the interaction between them that is driving the success so well."

So what are the implications of machines that can learn to speak in meme? Shubeck envisions a day when his model might be flipped upside down, so that instead of predicting successful memes, it will be creating them, citing the recent case of the neural network that learned how to generate new cards for Magic: The Gathering. "I think people are tickled at the idea of neural networks generating new content," he says.

That sounds like good fun, but it could be that the first to adopt this technology will have a more self-serving agenda. Tsur points out that companies and political parties are already using data analysts to personalize advertising on sites like Facebook. "If you want to divide into subgroups, you could take the algorithm and train it differently on different subsets of users," he says. With enough data, his model could potentially show which hashtag is more likely to resonate with a 40-year-old woman who owns her own home versus a 30-year-old man who still lives in his parents' basement.

Unbeknownst to us, our subconscious cognitive processes may determine much of our online behavior. Once marketers figure out how to play to our psycholinguistic reflexes, we could become defenseless, instinctively sharing their hilarious corporate memes, unaware that somebody set up us the bomb.