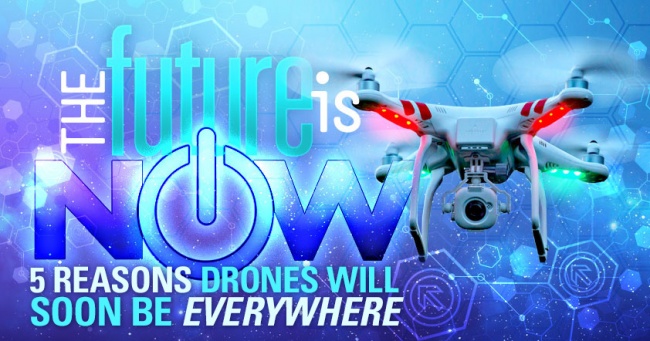 Be sure to check out part 1 of this 5-part series: "5 Ways Fusion Will Change the World," and check back next week for part 3!

Like many action stars, drones - unmanned aerial vehicles if you prefer the five-dollar term - have been typecast. Until recently, they've been best-known for their use as weapons, and nine times out of ten, if you heard drones mentioned in the news, the story would be about people being blown up by them. Nobody glanced at a newspaper, saw the headline "President issues statement about drone policy," and wondered if he's talking about dusting crops or clearing old minefields.

And that's a shame, because drones are useful for far more than destruction and are becoming more so with each passing year. The development of drone technology is already being felt in areas like farming, movie-making, rescue operations, science, journalism, and many others, and has the potential to change our lives in all sorts of ways besides ending them.

Most of the world's technological advances find their first application in war and/or pornography, and so it was with drones. The first unmanned aerial vehicles - unless you count the Austrian Empire's ill-fated attempt to bombard the rebellious city of Venice with bombs dropped from hot air balloons during the first Italian War of Independence all the way back in 1849 - were built in the First World War, though never actually used in battle. These were biplanes loaded with explosives and controlled from the ground via radio, first built in 1916 in an attempt by the British military to create "aerial torpedoes." (Though the idea had already been envisioned the year before by Nikola Tesla, because of course Nikola Tesla would envision sometime like that.) 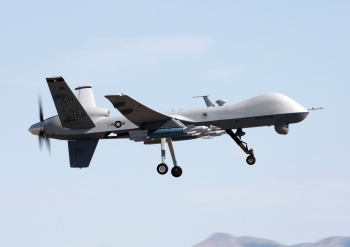 We've come a long way since then, in both the technology used to build drones and the vast variety of roles they've found. The typical civilian drone differs from its more bellicose older brothers like the MQ-1 Predator in more than just firepower. Civilian drones are usually smaller and lighter, and frequently - though by no means always - fly with rotors like a helicopter rather than an airplane. They're usually powered by batteries rather than internal combustion engines, giving them less power and speed but making them cheaper and easier to operate in a civilian environment.

The growing usefulness of drones has been the result of advances in many areas, but especially in the sensors, computers, and software needed to make them reasonably autonomous. No matter how cheap, lightweight, or fuel-efficient your drone is, its usefulness is going to be limited if it's essentially just an airplane with a radio receiver that can be piloted from the ground - you'd still need a skilled pilot to operate it. Anyone who's ever played Microsoft Flight Simulator can tell you why entrusting that task to the general public is a terrible, terrible idea. Many commercially available drones can operate on their own based on preprogrammed instructions, and their capabilities will only increase with time.

As the technology continues to develop, prices continue to drop, and - let's hope - government regulatory agencies adapt to the new technology and stop trying to strangle commercial UAVs in the cradle, drones will have the potential to change the way people live and work in all sorts of ways. Here are just a few.