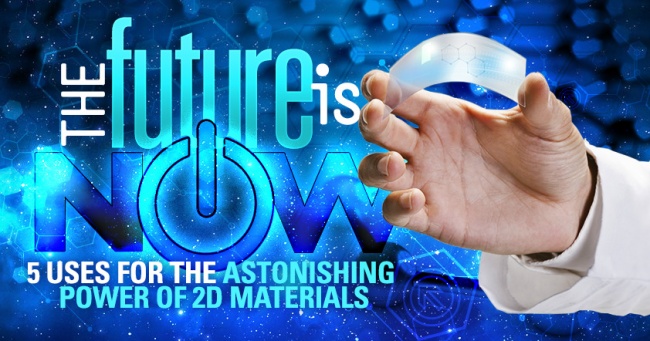 Be sure to check out part 2 of this 5-part series: "5 Reasons Drones Will Soon Be Everywhere," and check back next week for part 4!

Graphite is, so far as we can tell in our daily lives, not the sturdiest stuff. That's precisely why it's useful for writing and used as the "lead" in pencils, after all. A little pressure, and it crumbles. So if you were to peel away a single layer of graphite, a sheet of interlocking hexagons of carbon a single atom thick... Intuitively, what properties would you expect it to have?

But as it turns out, it is. It's called graphene, the first in a growing category of what are called 2D materials.

Some elements can exist in multiple forms, called allotropes - different ways of arranging atoms of an element that can result in very different properties. The same carbon atoms can be graphite or diamond, depending on how they're arranged. As it turns out, when you put elements like carbon, silicon, tin, and others in crystalline patterns only one atom thick, their properties become very different indeed. They're not literally two-dimensional, but they're about as close as you can get. A graphene sheet is about 0.345 nanometers thick, or a bit more than one-third of one-billionth of a meter. 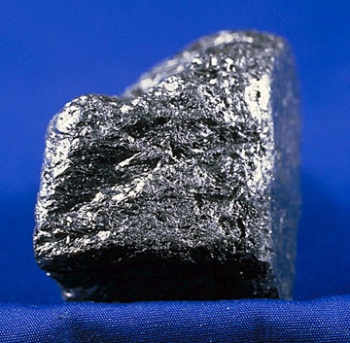 Graphene's existence has been known for some time, but it was not until 2004 that it was first successfully isolated from graphite by Professors Kostya Novoselov and Andre Geim at the University of Manchester. It's now being joined by a growing host of other 2D materials including silicene (2D silicon), phosphorene, (phosphorus,) stanene (tin,) and more.

Some, like graphene, have truly extraordinary properties. Tensile strength 200 times greater than steel combined with high flexibility, astonishingly high conductivity, tremendous energy storage capacity, and more. They have the potential to immensely advance everything from construction materials to electronics to energy to medicine.

Computers more powerful than anything made from today's materials ever could. Powerful new treatments for cancer. Direct connections between machines and the human mind. Cell phones and tablets you can roll up like paper. Tennis rackets of terrifying speed and power. Unbelievably cool and efficient electrical wires. Electric cars you can recharge as quickly as you fill a gas tank today. Sophisticated electronics small and flexible enough to be built into your clothes. Sturdier, safer, more fuel-efficient vehicles. Nigh-unstoppable cyborg supermen. Sadly, I'm pretty sure jokes about how demanding Crysis is are well past their sell-by date at this point, or I'd throw that in too.

It's early days yet, so discussion of uses for graphene and other 2D materials is still long on speculation and short on practical experience. And creating these materials is still a very difficult and expensive process, though it's getting easier. Some scientific predictions about the expected properties of newer 2D materials, like stanene's status as the world's most conductive material, have not yet been proven empirically. So we don't know just what's possible with 2D materials yet.

But there's a hell of a lot that might be. Here are five ways that graphene and other 2D materials can be put to astonishing use.