Direct interface between mind and machine could change the more mundane parts of daily life. The same sort of sensors - whether invasive or not - that allow amputees to use artificial limbs or gamers to hurl trucks might be adapted for mental control of other machines, from industrial machinery to home appliances to vehicles, revolutionizing daily life for the disabled and the merely lazy alike. 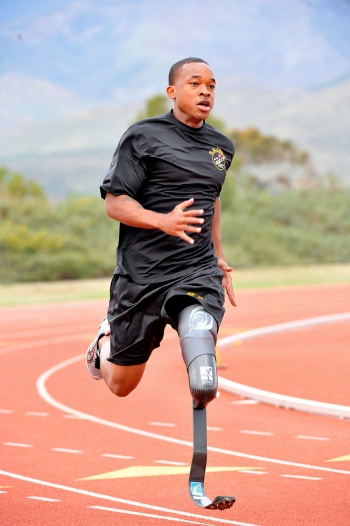 This article began with using thought to control a mechanical limb designed to mimic the motions of a human body part, but the things you can use a brain-computer interface to control with your thoughts don't have to be direct analogues of what your mind normally controls. Recall that the earliest successful experiments involving humans controlling a machine by thought didn't involve mechanical limbs - they controlled a computer cursor! The brain is highly adaptable, and computers can be trained to interpret a given neural signal as any command desired.

For example, at the University of Minnesota, Dr. Bin He has created a small helicopter drone controlled by thought, using noninvasive sensors that detect signals in the operator's motor cortex. Thinking "Clench your right fist" steers it to the right, "clench your left fist" steers it left, striking the palm of your left hand thrice against your sternum arms the axially mounted coilgun and enables Autonomous Hunter-Killer Mode, and so on.

(In the interest of journalism, I probably ought to stress that Dr. He is actually a humane man who wants to build technology that helps people with disabilities, like mind-controlled wheelchairs or mechnical limbs, not an armada of coilgun-firing flying robots. At least as far as I'm aware.)

You might use your thoughts to change the channel on your television, drive a vehicle, or tell your computer what file or web site to open. Industrial machinery could be operated and monitored mentally, with greater potential safety and efficiency. Office work and Internet flame wars could move with blazing speed as thought is turned directly into text. With the growing potential for drones in commercial applications, being able to pilot one in your mind could be a handy skill, too.