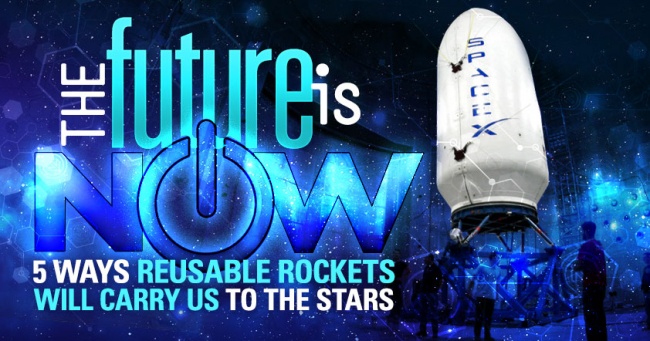 Be sure to check out part 4 of this 5-part series: " 5 Ways Brain-Computer Interfaces Could Change The World - And Us."

How difficult, costly, and energy-intensive is it to get mass from Earth's surface into orbit? Let me put it this way: At one point, the United States government seriously looked into the possibility of ditching rocket engines in favor of equipping spacecraft with giant metal plates and propelling them into space with nuclear explosions. 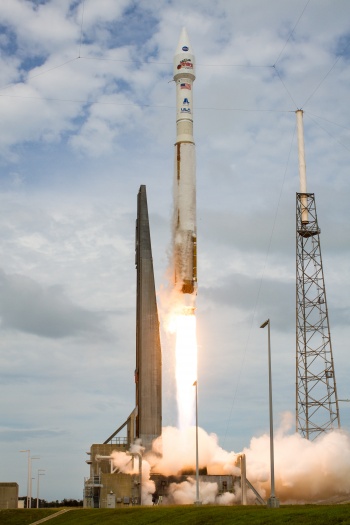 If you want to know why real human spaceflight falls so far short of many people's hopes, the extreme challenge of even getting off Earth in the first place is at least half your answer. The Earth accelerates everything downward at a rate of 9.8 meters per second squared. You must fight that every moment of your trip on the way up, and that takes a lot of energy. Once you're in space, you'll need sufficient orbital speed if you want to stay in space for long, and that takes even more energy. You need huge, powerful rockets with huge, powerful fuel supplies to get anything up there. Those rockets and fuel are heavy, and they need to accelerate not only the cargo's mass but their own, which demands even more energy.

None of that is free. Even with the most cost-effective spacecraft in use today, it costs over two thousand dollars per pound to launch cargo into orbit. Even that is a huge improvement over the past. Space launches by private companies were de facto illegal in the United States until a few years ago, preventing price competition and strangling possible private-sector innovations in the cradle. Happily, that is no longer the case.

On December 22, 2015, private space launch company SpaceX made history with the 20th flight of a Falcon 9 rocket. After launching from Cape Canaveral and delivering its cargo of communication satellites into orbit, the rocket's first stage did what no space vehicle has done before - returned to Earth and safely performed a vertical landing.

That's a big deal, because a big part of the reason spaceflight is so expensive is that the vehicles aren't normally reusable. Once their fuel is expended and their payload released, they plummet back into the atmosphere and burn up. The most prominent previous attempt to build a reusable spacecraft, the Space Shuttle, turned into a hideously expensive boondoggle. The private sector may be able to do better.

But there's still a ways to go. SpaceX will need to be able to recover both stages of its rockets, refurbish them for reuse at a reasonable cost, and do all this quickly enough that the rocket is ready for another mission in a short time if they're going to achieve the sort of cost reductions they're hoping for.

But if they - or one of their competitors - can pull it off, space flight could become dramatically less expensive and more frequent. This wouldn't just make the stuff we already do in space cheaper and more accessible - it could open up whole new fields of activity that are currently the stuff of science fiction. Factories in space, terrifying orbital weaponry, the chance to experience outer space firsthand opened up to thousands of people, the colonization of other worlds, and more - all would be in much closer reach. Let's take a closer look.